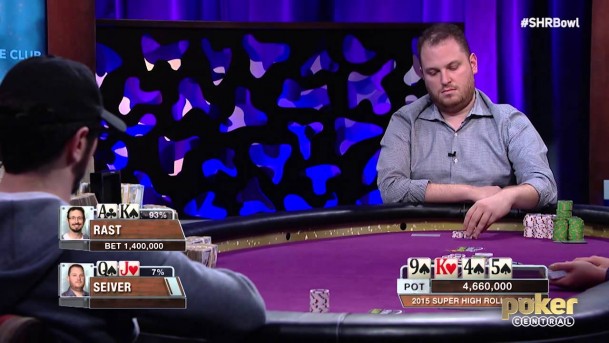 Poker Central, the channel that’s been dubbed the world’s first 24/7 poker network, is getting closer to potentially becoming a true “network.”

When Poker Central initially launched on October 1st, only viewers with streaming devices, such as Roku, were able to watch.

That hasn’t changed, yet. But a new deal with National Cable Television Cooperative (NCTC) may soon bring the poker channel to cable TV.

Poker Central has reached a long-term agreement with NCTC, making the network available to more than 850 cable providers around the United States.

No cable company has opted to purchase the rights to air Poker Central programming from NCTC at this time, but the network views this deal as a potential springboard to expanding its viewership. Currently, Poker Central is available to residents in 26 countries.

NCTC is the middleman between television networks and cable companies. It provides member cable organizations access to programming channels, such as Poker Central. NCTC is a not-for-profit corporation.

“We are thrilled that Poker Central is now available to the nearly 900 member companies that contract through the NCTC,” he said in press release.

The agreement with NCTC includes video-on-demand and TV-everywhere (online), in addition to standard cable television programming.

Poker Central currently airs a mix of poker-themed reruns, such as High Stakes Poker and Poker After Dark, as well as its own original content, including the Aria Super High Roller Cash Game.

“One example is our plans for early next year to begin showcasing live poker weekly. Tune in for more information as it’s announced,” he told us, mysteriously.

Poker Central recently began airing Pokerography, an original series chronicling the lives of some of the game’s biggest stars, including Phil Hellmuth and Antonio Esfandiari.

The network has yet to announce a specific programming lineup for Q1 2016, but Global Poker Index’s Alex Dreyfus did suggest to CardsChat that he would be open to bringing his brand new Global Poker League to Poker Central.

Dreyfus mentioned the GPL will originally air on digital platforms when it launches in 2016, making Poker Central a suitable landing spot. No details have been finalized nor has Dreyfus suggested discussions between his company and Poker Central have taken place.

With the new network agreeing to a long-term deal with NCTC, Poker Central expects to soon be an actual cable channel in the near future, but no providers have purchased the rights as of yet.