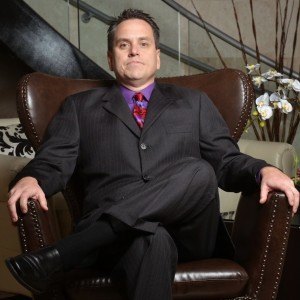 Matt Savage will host Inside Poker, one of two new shows being produced by the Poker Central network. (Image: Charity Series of Poker)

Poker Central isn’t set to launch until this fall, but we’re already starting to get a picture of what the 24/7 poker network is going to look like.

Of course, there will be plenty of coverage of poker tournaments and the same kinds of televised cash games we’ve seen before, but there will also be some original content filling out the programming schedule, and we’re finally getting a peak at what some of that programming will be.

On Wednesday, Poker Central announced that two original series are currently in production for the network, each of which will offer something a little different than the typical poker fare found on cable television.

The new shows are currently titled Pokerography and Inside Poker.

Both of the new shows are pretty much what they say on the tin.

In the case of Pokerography, that means that (as you’d expect) viewers will be able to see biographies of their favorite players and personalities from the poker world.

According to Poker Central, Pokerography will feature “an in-depth look into the lives of some of the greatest poker players to ever play the game.” The shows will include not only interviews with the players themselves, but also with friends and family, other professional players, and analysts to fully flesh out their stories.

Pokerography is slated for a release in the first quarter of 2016, and has been in production since April.

Players expected to be featured include Phil Hellmuth, Antonio Esfandiari, Vanessa Selbst, Jason Somerville and Chris Moneymaker, among others.

Matt Savage to Host Inside Poker

Meanwhile, Inside Poker, which is also slated for an early 2016 debut, will be hosted by tournament director Matt Savage. The show will feature Savage engaging in “in-depth, insightful and unfiltered conversations” with members of the poker industry.

Topics on the show are expected to include stories dealing with top events in the poker world, as well as hot topics that are impacting the poker industry.

There will also be poker advice from professional players.

Inside Poker began production this week, and is being produced by Action Television, a group behind many other televised sports series.

The show is expected to utilize many different casinos and card rooms across the United States as locations, including the Commerce Casino, Foxwoods Casino, the Seminole Hard Rock, and some locations in Las Vegas.

According to Poker Central officials, these two programs should give potential viewers an idea as to what is coming once the network launches in October.

“These two new series are perfect examples of Poker Central’s commitment to providing unprecedented coverage of the poker world and insider access to the incredibly talented professionals who make the game so compelling for viewers around the world,” said Poker Central Senior Vice President of Programming and Production Dan Russell.

Poker Central has been working over the past few months to secure both content and personalities for their upcoming launch.

Earlier this year, the network announced that it had signed partnerships with some of the game’s top players, including Daniel Negreanu, Antonio Esfandiari, and Phil Hellmuth.

Poker Central was also behind the production of the Super High Roller Bowl, held at the Aria this summer. However, the programming based on that tournament is airing on the NBC Sports Network.

i’m guessing commercials from various poker related businesses will be funding these ventures . I can’t think of any source of revenue . the reason we see currently WSOP or World Poker Tour events on tv is the commercials paid for by draft kings + club wpt . when online poker was running hot in the US all the major sites were paying for advertising time .

it’ll be interesting to see how some of the best poker players play the game . insight on the game is always fun from a top class individuals mindset .