Poker Central Longevity in Question Due to Viewer Constraints 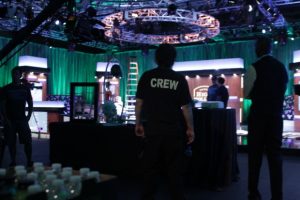 For months leading up to its launch, Poker Central was marketed as the “first ever 24/7 poker television network.” The network launched on October 1 with much anticipation around the poker community, but doesn’t appear to have created the kind of buzz that was expected.

Poker Central didn’t release information regarding how and where poker fans could view the network until its October 1 launch date.

Many were left wondering if Poker Central would be available on DirecTV, cable, or Dish Network.

As it turns out, Poker Central isn’t much of a television network at this point.

Instead, it can only be viewed via streaming devices such as Roku, Xbox One, Amazon Fire, and FilmOn.tv.

Many poker fans were disappointed to discover Poker Central isn’t, at least to this point, available on standard television.

However, a press release from Poker Central’s PR department claims the independent network is now available in more than 60 million homes worldwide, and is the largest of its kind.

The idea of a 24/7 poker channel is appealing to the poker community because it could help grow the game internationally.

With that said, Poker Central’s strategy leaves the poker community wondering if there is much to gain from this network.

Many of the shows airing on Poker Central can easily be accessed on YouTube and other Internet video streaming platforms. Current programs include High Stakes Poker, Poker After Dark, and other poker shows that were popular a few years ago.

These are shows that poker fans have seen numerous times, According to Poker Central CEO Clint Stinchcomb, who spoke with us directly at CardsChat, reruns won’t be the only programming in the near future.

Stinchcomb did not specify which live events will be aired, but it certainly won’t be the World Series of Poker since ESPN holds the rights to television coverage of that tournament.

Poker Central will also be introducing an original Pokerography series, featuring the lives of some of the game’s brightest stars. The first episode will focus on the “Poker Brat” himself, Phil Hellmuth.

Original programming such as Pokerography and the unknown live major poker events set to air in 2016 may help draw in viewers, but there is still a concern with ratings.

Poker Central is banking on its strong social media presence (nearly 18,000 Twitter followers @_PokerCentral) and millions of people around the world owning the streaming devices required to watch the channel.

Will the network thrive long-term despite not being available on cable or satellite?

Most poker players and fans would likely agree the idea of a 24/7 poker channel is good for the game, but it remains to be seen if the network will be anything more than a flash in the pan.