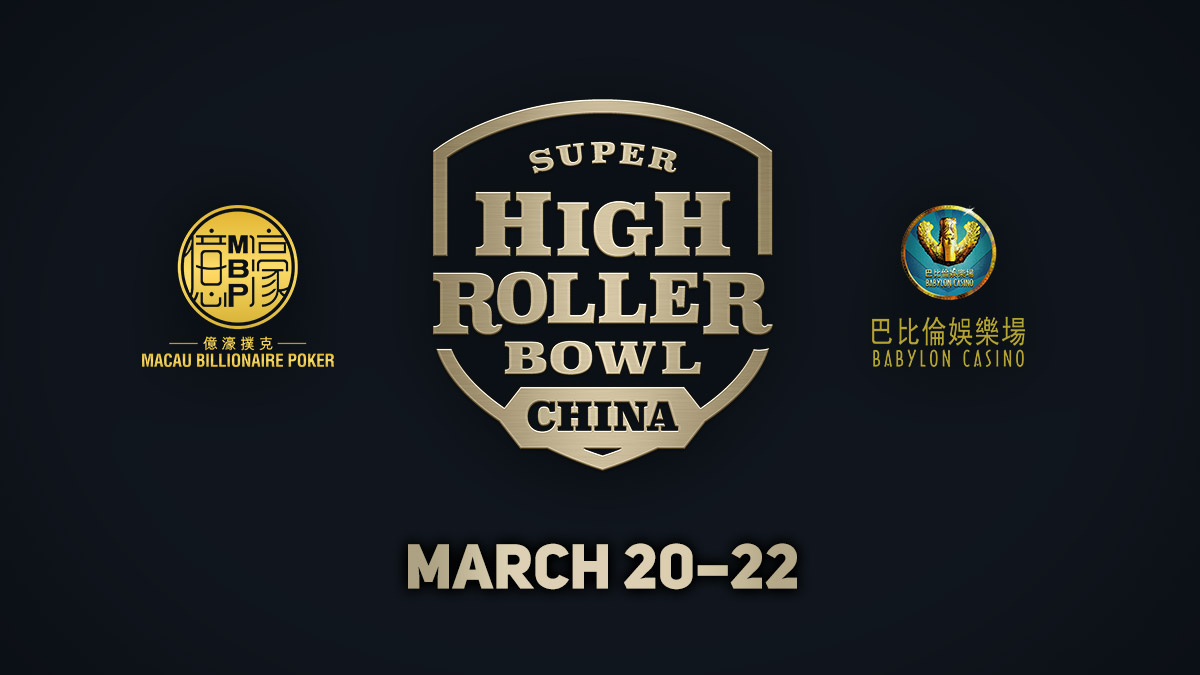 The Super High Roller Bowl China will be held at Babylon Casino, which is located at Macau’s Fisherman’s Wharf. (Image: Poker Central)

Macau Billionaire Club, which has been in the forefront of the Macau high roller scene since 2012, will actually be fronting the hefty guarantee, and unlike its American counterpart, the Super High Roller Bowl China is raking the event.

In addition to the $100,000 HKD/$12,792 USD entry fee, a three percent administrative fee will also be taken from the prize pool. Assuming the tournament gets capped, that means roughly $376K will be appropriated.

“As the annual Super High Roller Bowl out of Las Vegas continues to be the gold standard for high roller tournament poker, we knew the time was right to expand the format globally,” said Vice President of Content Sam Simmons. “China is one of poker’s largest markets, and Macau Billionaire Poker is a natural partner to help bring the Super High Roller Bowl series to poker fans internationally.”

Tim Chen, CEO of Macau Billionaire Poker, added: “We wanted to raise the stakes by providing a prize pool befitting of the event’s renowned stature. We can’t wait to see what unfolds at this inaugural event.”

For the past three summers, Poker Central has hosted the Super High Roller Bowl in Las Vegas. The tournament, which in its inaugural year cots $500,000 to enter but subsequently lowered the buy-in to $300,000, quickly established itself as one of poker’s most prestigious event.

CEO Alexandre Dreyfus announced the league would operate separate from the central league, which has yet to return after completing its first season. As for the first season of the GPL China, the Chengdu Pandas won the league last month for $151,000.

Also in 2016, the Alibaba Sports Group announced the International Poker Tour (IPT), which promised more than $7 million in guaranteed prize money, but no IPT events have yet to take place.

Two of the most prominent poker brands, however, the World Series of Poker and World Poker Tour, both have held successful stops in China in recent months.

In December, the WSOP China wrapped up its first visit to the Shangri-La Resort and Spa in Sanya, Hainan. The series consisted of 14 events, with Zhou Yun Peng capturing the first-ever WSOP gold bracelet awarded in Asia (as well as a $367,000 first-place prize).

The WPT traveled in November to the Chinese tropical paradise Sanya, where Qian Zhi Qiang won that tournament for $242,555.

Macao grows subtly, Until not long ago, if we had asked what the great cathedral of the game is, we would have answered Las Vegas and we would have been right. But things have changed, and the American city has been dethroned. the new world capital of the game is officially Macao, whose casinos have billed this year more than 7,500 million dollars, above the nearly 7,000 that were pocketed in Las Vegas. In addition, it is estimated that the Chinese city receives a daily average of 16 visitors per hour, half of which come from the nearby cities of Hong Kong and Shenzhen. Well, the next destination for the players of the world is Macao undoubtedly, many Saudi investments also point to Macao