Poker as Olympic Sport No Longer Far-Fetched Idea, But Pole-Dancing Getting More Ink

Is poker just a game or is it a sport? That question has been debated for years, but the International Olympic Committee (IOC) is now giving poker consideration, along with other “non-sport sports” such as pole-dancing, to be included in future Olympic games. 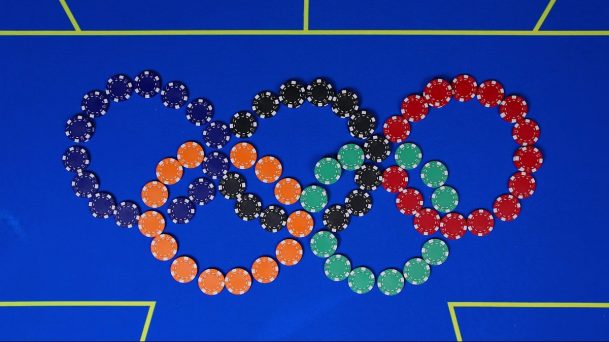 A variant of poker is being considered for future Olympic games, but it has many hurdles to jump before it can get there. (See what we did there?) (Image: 888poker.com)

“I don’t think poker is a sport. It’s the greatest game in the world, but it’s not a sport. The Olympics is the place for sports without leagues. Poker has its own place,” the now-far-less-visible Howard Lederer said.

“Yes, it should be in the Olympics. It’s a sport like any sport and each country can send players who represent that country,” argued Antonio Esfandiari.

What Does “Sport” Really Mean? What the Merriam-Webster Dictionary Says:
“An activity involving physical exertion and skill in which an individual or team competes against another or others for entertainment.”

Matching Up for Team Play

If poker is approved as an Olympic sport, the game played will be “Match Poker,” a variation that adds a team element to Texas hold’em.

Each team or, in this case, country, has one player at each table. The pre-flop betting structure is pot-limit and further rounds of betting are no-limit. Instead of earning money, points are accumulated by each team member and the team that gets the most points, wins.

Each team’s combined chips are compared after each hand and points are allocated based on the amount of chips won or lost on the hand. Chip stacks are reset to starting size after every hand.

Competitors won’t invest their own money, eliminating the gambling element. That means people of all ages will have an opportunity to compete.

The Global Association of International Sports Federations (GAISF) granted observer status to the International Federation of Match Poker, which allows poker to be considered for future Olympic games.

“We warmly welcome our first Observers,” Patrick Baumann, the president of GAISF, said in a statement regarding the potential new Olympic sports. “This is an exciting time for them and for us and we will do everything within our remit to help them realize their full potential as International Federations within the global sport’s family and, one day, maybe become part of the Olympic program.”

The 2020 Tokyo Olympic games are already all set, with softball, karate, surfing, sport climbing, and the return of baseball being added to the summer lineup. So, that means poker, if approved, won’t be included until at least 2024.

But that’s assuming other current sports are eliminated. New Olympic sports are only added as a replacement for sports that have dropped out.

Poker is now in a similar boat as chess. Both are considered “mind games,” which has prevented chess gaining Olympic status. The International Olympic Committee imposed a ban on “mind sports.”

Are the limited physical actions involved in playing poker enough to deter the committee from giving the game a spot at the Olympic table? And what about the “skill” aspect as defined by the dictionary?These are the questions that must be answered by the decision makers before poker is approved as the next Olympic sport.

If they can take their eyes off the pole dancers long enough to give it some thought, that is.