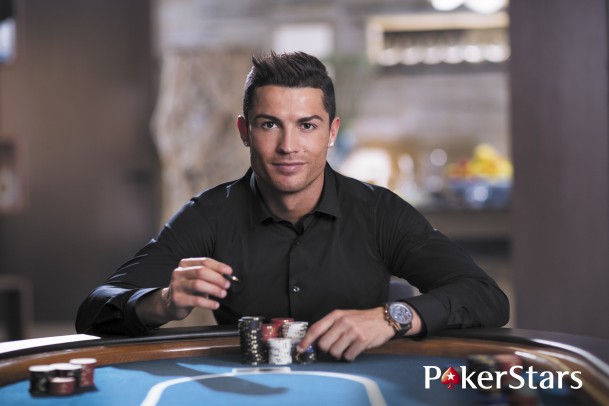 New Jersey online poker sites could soon be allowed to use celebrities to endorse and promote their sites, much as they are already doing in Europe and across the pond. (Image: PokerStars.com)

The New Jersey Division of Gaming Enforcement (DGE) has some proposed gifts for the online poker industry, in keeping with the holiday season. The first of those involves changes to rules about celebrity endorsements.

Following the European model, which has proved very successful for several online sites including PokerStars, New Jersey could soon be able to pay well-known personalities to promote their sites to the gaming public.

Soccer stars such a Neymar Jr. and Cristiano Ronaldo have been a huge boon for ‘Stars overseas.

That’s but one of the outcomes of a recent round of regulatory amendments where the decision to authorize celebrity endorsements was considered.

As of today, those proposed changes sit with the state’s Attorney General’s office, with public comment allowed through to February 5th of the new year.

Additionally, changes regarding the location of online site servers, social gaming site fees, self-exclusion criteria and easy-to-spot “responsible gaming” information are all under consideration as well.

Although the proposed changes are pending approval, they would certainly benefit the economy if they were passed. With PokerStars reportedly set to go live within the coming weeks, the new rules would certainly play into the company’s current marketing strategy.

Under some recently proposed plans, licensed online poker sites in the Garden State may soon be able to make connections between social gaming and real money gaming. Players that have a valid account with a licensed site could potentially enjoy social gaming options, as long as the operator posts a notice that the games are not regulated by the DGE.

This amendment could prove highly beneficial to operators in 2016, as the relationship between social gaming and real money gaming grows ever stronger. It would essentially allow operators to create free-to-play apps which could then be used to convert players to real money games.

If the player is retained by the site and allowed to keep their winnings on top of any fees, this would need to be reported to the DGE in the company’s revenue reports.

I’ll Be Your Server

Another proposed amendment involves changes to where online operators may be free to host their main servers, with those potentially even being in locations outside of their partner casinos. Although the servers will still have to be in an approved location within Atlantic City, the ability to move them out of specific casinos could help to reduce operating costs and, therefore, improve profits.

Reactions to these various proposals have been understandably mixed, with some land casinos expressing reservations about several of them. Anyone interested in commenting can contact Deputy Attorney General Robert Moncrief at 1300 Atlantic Avenue, 4th Floor Atlantic City, NJ 08401, or email him rulecomments@njdge.org. The deadline for comments on the proposed changes is February 5th, 2016.