Monday night’s return of “Poker After Dark,” which aired live on the subscription app PokerGO, went rather smoothly for unofficial guest of honor Tom Dwan. But for the show’s production crew, the return of broadcasting high-stakes cash games came with a few early hitches. 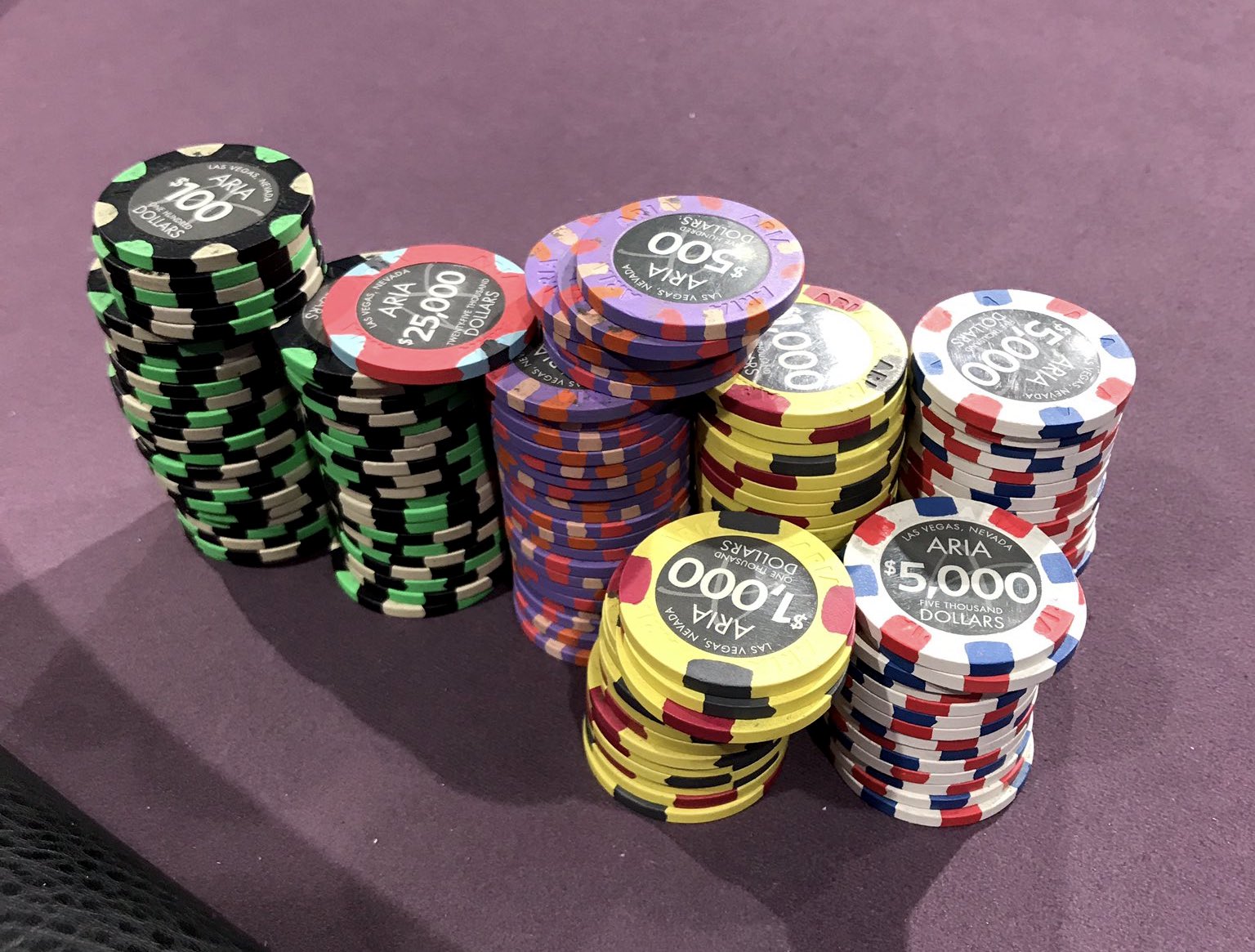 Seven Magic Mountains? Daniel Negreanu artfully displays his starting stack on Twitter, ready for the relaunch of Poker After Dark at the Aria in Las Vegas. (Image: Twitter)

For one, the show started late. The PokerGO feed didn’t turn on until about 5:08 pm PT, eight minutes after the scheduled start-time. But when the video feed finally began, there was no audio. Explanatory graphics also were missing.

It all made the show rather difficult to watch for the first hour. Viewers buzzed on Twitter with their discontent, complaining to @PokerCentral about the pains of watching commentary-free poker without the benefit of graphics indicating bet and pot size.

Back on track, play continued. Dwan was joined by Antonio Esfandiari, Jean-Robert Bellande, Daniel Negreanu, Lauren Roberts, and Bill Klein at a $200/$400 cash game table at Aria in Las Vegas.

Show host Ali Nejad also returned to the small screen in fine form, reminiscent of his critically acclaimed commentator stint from 2007 to 2011. As he did on the “old” Poker After Dark, Nejad allowed the personalities at the table to control the banter, leaving him to only occasionally drop in with pointed explanation and commentary.

In the old show, Tom Dwan always seemed to have the rungood going. And in the new Poker After Dark, that didn’t seem to have changed.

Early in the session, ‘Durrrr’ ran into every poker player’s dream scenario: Facing a three-bet pre-flop, he checked his cards to find pocket aces.

Dwan re-raised all-in and got a call from Negreanu, who was holding pocket queens, and Esfandiari, who unfortunately was looking at pocket kings. The sick cooler created a $700,000 pot with the best hand holding up. Welcome back to TV poker, Durrrr.

For Esfandiari, that hand would turn out to be a microcosm of his unlucky day. A few miserable hours and about $500,000 later, a noticeably frustrated Magician said to his luckier opponents, “I just want to hit middle-pair.”

Holding J♦10♠,Bellande check-raised on a flop of Q♠9♥7♠. He had an open-ender, but Esfandiari still had the best hand with A♦Q♣. He called. When a nothing 5♥ fell on the turn, Bellande again bet out, and Esfandiari still wasn’t a believer.

Going into the river, the pot stood at $119,400. The 5♠ followed, missing both players completely, but potentially completing a represented flush draw. Knowing his only chance to win the pot was by betting big, JRB fired out $125,000. Esfandiari tanked for about two minutes before letting the best hand go.

The first session of the new Poker After Dark is in the books. As an unedited live broadcast, the session lasted till just after 11 pm, making for the kind of poker viewing that simply wasn’t possible before.

The show returns on Tuesday at 5 pm PT, with another live $200/$400 cash game on PokerGO. Replacing Negreanu and Esfandiari in episodes 2 and 3 will be Doyle Brunson and Andrew Robl.

Just unfortunate, but i’m glad to see durrr back. always a favorite