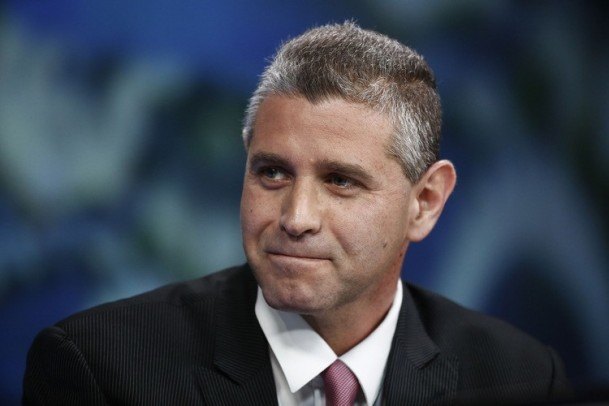 Playtech CEO Mor Weizer presides over a company that is growing in nearly every regard, except for in online poker. (Image: Simon Dawson/Bloomberg)

Playtech, the world’s largest online gaming and sports betting software supplier (according to its own website) has reported a 33 percent gain in the company’s revenues for the first half of 2015.

That’s compared to the previous year, a rise that included an improvement in the company’s performance in regulated markets.

But the firm has also cautioned that online poker wasn’t a part of those improved results, noting that revenues actually declined significantly for its poker operations over the past year.

“Poker remains a challenging vertical due to unfavourable wider market trends,” Playtech wrote in its mid-year financial reporting. “Revenues [are] down 19 percent in the half compared to the same period last year, although already from a very low base.”

iPoker Moving Away from Two-Tiered System

Playtech is the owner of the iPoker Network, which bills itself as the world’s largest online poker network. iPoker currently ranks fourth in PokerScout’s worldwide traffic rankings, trailing only PokerStars, 888poker, and Bodog, with an average of 1,300 cash game players at any given time over the last week.

The iPoker Network had used a two-tiered system that separated rooms on the network into two distinct pools: some in a lower tier, and others into an upper tier that included some exclusive cash game tables and sit and go tournaments (both tiers played in the same multi-table tournaments). The end of that policy, which began in 2012, was recently announced by Playtech.

According to Playtech, the move is being made on the back of a new player valuation model that should help individual operators better hold on to revenue generated from their players.

“[The new model] was both in line with the network’s increased focus on recreational poker and to address ‘liquidity drain’ whereby, under the previous model, licensees that had a greater number of losing customers were seeing revenue passed onto other, often smaller, licensees,” Playtech wrote.

Poker the Only Blight on Steller First Half

In total, Playtech reported revenues of €286 million ($320.8 million) over the first half of 2015, up from €214.4 million ($240.5 million) in the same period during 2014. Net profits were also up 11 percent, a number that likely trailed revenues because of increased taxation and regulation in the UK and some other markets.

Poker, however, was not a part of this growth. The poker division of Playtech brought in just €6 million ($6.7 million), down 19 percent from €7.4 million ($8.3 million) last year. Not only was poker the only division not to see growth, all other divisions were up significantly: no other division saw revenues increase by less than 20 percent, with land-based revenues climbing an impressive 159 percent year-over-year.

Playtech also benefitted from revenues that came in from its new financials division, which brought in €10.6 million ($11.9 million). Taking that revenue out of the equation still leaves 28 percent growth for Playtech’s gaming operations overall.

Playtech officials also believe that the company will benefit from the growing trend of acquisitions and mergers in the gambling marketplace. Many of the company’s clients have been a part of these recent agreements, putting the software provider in a position to see its revenues grow alongside those of the newly combined firms.

“We see this as an opportunity to further strengthen our relationship with [our clients],” Playtech CEO Mor Weizer told The Telegraph. “The beauty of the business model of Playtech is that it’s [based on] revenue-sharing agreements.”