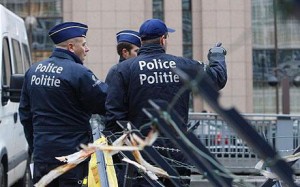 Online gambling software company Playtech has adjusted its policy regarding iPoker sites that will offer Internet poker and wagering services to players in Belgium. New laws and the propensity that Belgium has shown to crack down on violators has prompted the company to remove William Hill and Gala Coral from the Belgian market.

Meanwhile, iPoker site Ladbrokes relaunched with a .BE suffix in order to comply with the law and offer Internet gaming for the network in Belgium.

Lawyers with Playtech have been busy examining laws of various countries and ordering withdrawals from those in which it may be risky to subvert online gaming laws. Belgium has shown that it is prepared to crack down on offenders, so Playtech notified affiliates of William Hill and Coral Interactive/Gala Coral that no customers from Belgium would be allowed to participate in any transactions on those sites as of April 28.

Until the company decides to apply for a gaming license from the Belgian Gaming Commission (BGC), Playtech sites will be out of the market for “regulatory reasons beyond our control.” The gaming company is also in the process of working with the gaming regulator in Italy (AAMS) to work toward a license or leave that market as well.

William Hill’s message to affiliates placed blame on Playtech, saying, “If not for Playtech’s new regulations, it is likely that players would be able to enjoy the William Hill product online.” Playtech defends its move by noting the mandatory compliance with Belgian law.

As for players who did have accounts on William Hill or Coral, they will be able to open their accounts for the sole purpose of withdrawing or transferring funds. Some reports from players via forums have asserted they are given less than one week to request their funds, however, or lose access to them altogether.

The Belgian Gaming Act, which was enacted and effective in 2011, required online gaming operators to partner with a land-based establishment in order to obtain a license in the country. A public blacklist was compiled to list sites that do not comply with government regulations, and the list is continually updated as more sites are discovered. Meanwhile, companies like PokerStars, bwin, Partouche, and Unibet have secured proper partnerships and licenses to continue operations in Belgium.

The BGC is designed to go after operators, but players can be targeted as well. Those convicted of playing on an online gaming site that doesn’t have the proper licensing can receive up to three years in jail and a maximum €150K fine ($207,960). No players have been arrested thus far, but the BGC recently doubled the number of inspectors on staff.

Many operators began to take the new laws more seriously after the Belgian Public Prosecution Office made a move on Betclic-Everest in February. The government office seized €600K ($831,840) of Betclic-Everest funds due to the company’s refusal to obtain a license to operate, having been on the blacklist since 2012. Since fines added up to approximately €600K, the money was seized from bank accounts, and board members may still be charged with crimes that could result in a jail sentence of up to five years.

yes, I’m from belgium
and are set up rules that everyone who plays poker in belgium
There also pay taxes if they make money with it
Therefore they want to monitor, and therefore all online
poker sites join existing poker casinos in belgium
and then they can get a license