Playtech Adding Forex To Its Poker Products With New Purchase 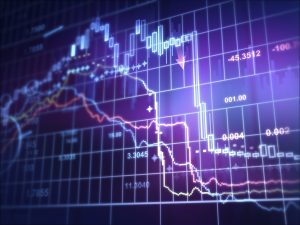 Online poker provider Playtech has continued it move into the trading world by purchasing Plus500. (Image: globe-views.com)

The increasing diversification of the online poker industry continued this week after Playtech, the software provider for the iPoker Network, announced that it was taking control of forex trading platform, Plus500.

Currently in the midst of a money laundering crisis, Plus500 has looking for investment in recent months and Playtech proved to be the most interested party and eventually stumped up a bid worth £459.6 million ($700 million).

That offer was duly accepted by Plus500, which now means the online gaming operator has another foot in the world of trading.

A Varied Portfolio of Products

Having already purchased a majority stake in Trade FX, Playtech has been working to gradually expand its portfolio of products and the latest takeover is another step in that evolution.

Although Playtech managed to get the company for a knockdown price, the timing of the deal could still prove to be a stroke of genius or a moment of madness according to Peel Hunt analyst, Nick Bartram.

“They are being opportunistic but it’s not without risk. The timing could be fantastic, or it could look a bit silly,” commented Bartram.

In the past few months Plus500 has had millions wiped off its value because of money laundering allegations against some of its trading accounts and those problems are yet to be resolved.

However, while this could blow up in Playtech’s proverbial face, the company is in a position where it needs to diversify or suffer the consequences of shrinking margins.

Increased taxation and tougher regulation across Europe has squeezed networks such as iPoker and that’s having a knock on effect on companies such as Playtech.

To offset these effects and try to steady the ship, Playtech has been looking more closely at the forex market and Plus500 is the latest deal in what looks to be a new corporate strategy.

The Evolution of the Online Gaming Industry

Playtech isn’t the only company that’s broadened its portfolio in recent months. As the online gaming industry struggles to adapt to ever more restrictive regulations, major operators have been forced to think about combining their assets.

bwin.party is currently courting bids from a coalition including GVC Group and Amaya as well as a competing bid from the 888 Group.

Although bwin.party has been on the market for 12 months, the recent race to acquire the company has shown that the industry is in need of consolidation through a process of acquisition and mergers.

Although Playtech isn’t looking to sell of any of its assets, the move to diversify is one that’s indicative of how the online poker industry, moreover the gaming industry, has evolved and will continue to evolve in the coming months and years.

Too bad they couldn’t invest a small sum of money into improving their poker software. And then offer a schedule that would help to give them a foot in the marketplace.
Just seems that some of these companies are pretty clueless in regards to what players are looking for,… both recreational ones & regs.