PokerStars Caribbean Adventure (PCA) is back by popular demand and, according to the organizers, not just in name alone. 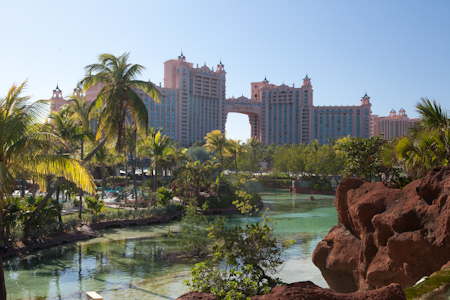 When PokerStars announced that it was revamping its live tournament schedule back in August 2016, the famous PCA was caught up in the wave of change.

Although a stop in the Bahamas remained part of the schedule in 2017, the event was rebranded as a PokerStars Championship and the format was tweaked to suit the structure of the new series.

However, following feedback from the community, tournament organizers at PokerStars have decided to go back on this decision and offer something more in line with the PCA’s longstanding history. According to the Director of Corporate Communications at PokerStars, Eric Hollreiser, restoring the PCA was one of the many suggestions put forward by players in a recent wave of comments.

In fact, although the 2017 PokerStars Championship wasn’t a failure, the decision to change the name and “improve the quality” is an attempt to “reflect” the PCA’s “great heritage.” As ever, the festival will take place inside the Atlantis Resort on Paradise Island in the Bahamas.

To further mark the move back to the more familiar PCA, the organizers have decided to cut admin fees (i.e. tournament rake) by around $300,000. For all tournaments costing more than $10,000, admin fees will be cut by 50 percent.

Similarly, for any tournaments with levels of 19 minutes or less, the extra charges will be reduced by 50 percent. Finally, for anyone that takes part in at least one PCA event during the nine-day festival, there will be a $50,000 freeroll taking place on January 14.

News of the decision has proved popular with players across the world. After learning of the changes, forum users called it a step in the right direction, but reserved making a full judgment until the event had played out.

“Good move and should never have changed in the 1st place but that’s water under the bridge. Next they should reinstate the EPT with 4-5 stops which they are already doing and keep the festivals as there is a good place for them… Just not the wet blanket approach,” wrote 2+2 user Sect7G.