Maryland semi-pro Joseph Stiers had one of the biggest stacks, over 660,000, at the dinner break on Day 3 of the 2017 WSOP Main Event, just hours before the money bubble burst, when Rio security pulled him aside, handcuffed him, and threatened him with charges of criminal trespassing if he didn’t leave. 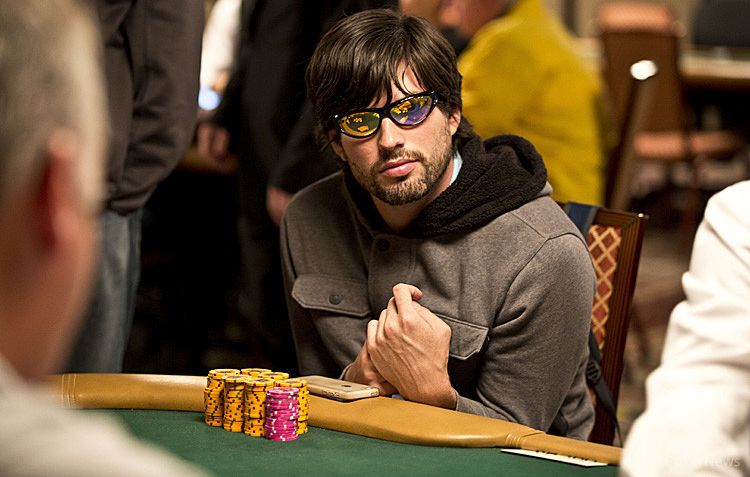 Joseph Stiers is suing Caesars Entertainment for his dismissal from the 2017 WSOP Main Event for playing under an alias after already being banned from the casino for life. (Image: venetianpokerroom.blog)

He was being disqualified — chips removed and buy-in surrendered — after tournament officials identified him as a player who had been banned for life from all Caesars properties after being ejected from the Horseshoe Baltimore in 2014 for counting cards at blackjack, and then causing a public disturbance upon being kicked out.

Now Stiers, a second-year law student at the University of Maryland, is suing Caesars Entertainment in federal court on the basis that the disqualification “ruined” his poker career.

He Wants His Money Back

The poker pro is seeking “equitable and injunctive relief” as well as punitive damages from the casino giant for booting him from the Main Event. In the lawsuit against Caesars, he denies playing under an alias and said the disqualification was harmful to his bankroll. He also noted that Caesars made no effort to stop him from playing in their events.

Caesars/WSOP had always accepted my money and retained my money when I was losing poker tournaments, which totaled to over $200,000,” the poker player alleges in the lawsuit, “but only enforced this trespass eviction during a tournament when I was in a position to win up to $8 million and had around $150,000 in current chip equity.”

It’s unclear if he is alleged to have used a fake ID, signed up for the tournament with another person’s ID, or if WSOP staff didn’t immediately identify him as a banned player. After he was bounced from the Main Event, Stiers shared a misleading account for why he was removed from the tournament.

@PokerNews @WSOP @espn I just got kicked out of wsop main event with 665k for being good at blackjack in Baltimore 3 years ago, ppl help

According to the WSOP in a 2017 Las Vegas Review-Journal article, he was technically removed for playing under a fake name. He had already been banned from Caesars properties for counting cards in 2014, which is apparently the reason he chose to enter the Main Event under an alias.

This wasn’t the first time a Caesars-branded casino kicked Stiers out of a poker tournament. After already being banned, he entered a February 2015 WSOP Circuit event in Baltimore under his real name. Before the event began, management discovered he wasn’t allowed to play and made him leave without incident, Stiers said in a 2+2 post.

Coming back again in 2017, Stiers appears to have played under the alias Joseph Conor, and by Day 2 he was attracting attention as one of the top 10 chip stacks.

He maintained his big stack on Day 3 as the money bubble approached. But the dream run came to an end when the WSOP staff caught onto his act. At dinner break, he was removed from the tournament along with his chips and his $10,000 buy-in was surrendered.

Now Stiers wants his buy-in back and more, given his chip equity at the point of disqualification was “around $150,000,” and claims the WSOP was in the wrong. Caesars is keeping it tight-lipped but said it wants the case dismissed.

Stiers, who claims the Main Event disqualification has ruined his poker career, also wants his lifetime ban from the WSOP lifted.

Even though first thought was: “Why not to ban all Caesars properties?” second thought was: “Organize tournys in hotel or somewhere else. It would have solved the problem.”

First thought for players: not to play at all Caesars properties. Second thought: not to organize tournys in casinos which treat players like that.

Once he is that deep into a tourny, they should let him play. They should refund his entry fee however. They can’t have it both ways

But since tourny is organized by casino these 2 thoughts were useless. I know.