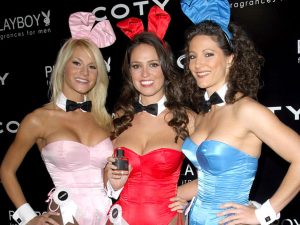 Playboy Poker offered promotions that could send players to the famous Playboy Mansion, but that wasn’t enough to make it successful. (Image: Getty Images)

The Playboy Mansion is still hosting wild parties, and the Playboy magazine is still being bought (for the articles!) by millions worldwide.

But Playboy Poker is shutting down for the second time in its history, announcing that Monday would be the final day of operation for the latest incarnation of the poker site.

The original version of Playboy Poker was closed in 2009 after being operated by CryptoLogic.

However, it was resurrected in 2013, after Amaya purchased CryptoLogic.

The second closure of Playboy Poker is likely part of the fallout from Amaya’s purchase of PokerStars and Full Tilt Poker.

The company has been focusing more on its core business (that now being the Rational Group properties), and has looked to end or sell off various side projects and redundant products that are no longer part of that strategy.

CryptoLogic was one of those brands, and Amaya chose to sell the group (along with Chartwell) to NYX Gaming in April for C$150 million ($115 million).

As such, it was likely that NYX made the determination to shut down Playboy Poker soon after acquiring the license.

“Playboy Poker is in the process of surrendering its gaming license, all players are advised to withdraw their funds from the site at their earliest convenience,” read a statement on the Playboy Poker website.

If players have funds on the site, they are advised to withdraw them within 30 days of the closure by contacting support@playboypoker.com. After that time, any funds remaining on the site will be forfeited.

The Playboy Poker site operated on the Ongame Network, and featured a number of promotions that were specific to the Playboy brand.

For instance, players had the chase to win trips to the Playboy Mansion as parts of special tournament prize packages.

According to a Playboy Poker representative quoted by PokerNews, the room’s shutdown was the result of a “business decision.”

The Ongame Network is not one of the major players in the online poker world these days; it is currently ranked 33rd in PokerScout’s worldwide traffic rankings, averaging about 170 cash game players on the site at any given time.

As for Playboy Poker itself, it may have been hampered by technical difficulties that never seemed to go away, impacting some of the site’s themed promotions since its 2013 relaunch.

Playboy Poker may be the highest profile site to close this week, but there are other sites that are closing (either permanently or temporarily) or otherwise facing technical difficulties of their own throughout the online poker world.

In Spain, the Casino Gran Madrid has decided to shut down its online poker site, which naturally served the regulated market in the country.

According to the casino, they plan to return to compete in the Internet poker arena once they have a “more attractive” product to compete against competitors like PokerStars and 888.

Speaking of 888poker, they’ve been dealing with issues of their own, namely an ongoing problem with players being disconnected from the room due to network disruptions. That has caused the operator to implement a function that will allow them to pause active tournaments, stopping the tournament clock and preventing any hands from being dealt.

According to 888, this function will be used when they detect notably high levels of disruption to their network. Tournaments will then be paused until network behavior returns to normal.

They did have some nice promos there indeed ,but last year wasn’t much anymore. RIP!

Win a trip to The Playboy Mansion? No thanks! Hit any part of that place with a darklight, and the space shuttle could see the glow.