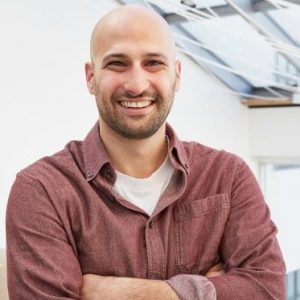 Airbnb and poker might be the perfect combination for players needing some budget accommodation on the professional tournament circuit, but according to Jonathan Diamond, there’s a lot more to the relationship than this.

Diamond was once a professional poker player who toured the world competing in various events, including the World Series of Poker, but after five years in the game, he turned his attention to e-commerce.

Recently profiled on BusinessBecause.com, Diamond explained how poker not only earned him $300,000 after he graduated from George Washington University School of Business but landed him a job at Airbnb.

Highlighting the importance of big data when making major managerial and operational decisions, Diamond explained that poker allowed him to better analyze imperfect information and make the most profitable decisions from it.

“Poker refined my analytical abilities. It helped me think critically and solve problems quickly. I learnt how to calculate expected value and make decisions based on incomplete information — skills critical in my current position,” said Diamond.

This will come as no surprise to seasoned poker players used to pouring over endless pages of stats in order to refine their game, but it may be something mainstream audiences didn’t appreciate.

Since the poker boom at the turn of the century, the poker IQ of the average player has increased dramatically; however, this isn’t necessarily something the general public has seen. In fact, a recent court ruling in the Netherlands branded poker a game of luck rather than skill.

However, as Diamond pointed out in his interview, poker success and critical analysis go hand-in-hand. Moreover, the skills players have to develop in poker can actually be used to achieve success in other areas.

The analysis of big data is becoming increasingly important in business and that could mean more opportunities for players at start-ups like Airbnb.

In the past the traditional exit route for poker players has been the financial sector and the stock market; however, with companies now needing to analyze their data more like poker players, there could be more opportunities on the horizon for those who want to transfer their skills to a new arena.