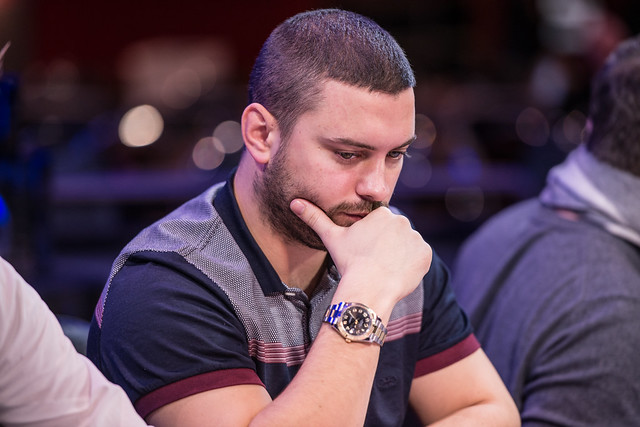 The Brit earned the largest payday of his poker career. Mighall had around $500,000 in live tournament winnings before his most recent win, with his biggest score coming in 2017 for $111,000.

He beat out a field of some great poker pros, including online poker legend Benjamin Rolle (“bencb789”), Ali Imsirovic, and Dan Smith. The tournament, which barely surpassed its lofty guarantee, ran on Partypoker and lasted four days.

Damian Salas held the chip lead heading into Wednesday’s nine-player final table and he played well at the final table, catching a few hands along the way. Even so, he couldn’t overcome Mighall’s heater, and was eliminated in third place for $814,664.

That wasn’t Salas’ biggest win of his career, however. In 2017, he finished seventh in the WSOP Main Event in Las Vegas for $1.4 million. Dzmitry Urbanovich, the only Partypoker ambassador at the final table, was eliminated in sixth place, good for $277,014. The Polish poker pro lost his stack with A-K on a bad beat to Teun Mulder, who ran hot at the final table.

Mighall and Teun Mulder go Heads-Up for the Title

Mulder, from the Netherlands, went to heads-up play with Mighall after Salas busted, but he was down quite a bit in chips (124.6 million to 75.2 million). One positive for Mulder was that, regardless of how he finished, he was guaranteed to become a millionaire.

First place was set to pay just over $1.7 million, while the runner-up would receive $1.2 million. The players, however, agreed to a chop, leaving $154,000 and the title to play for.

Mulder got extremely unlucky on the final hand with pocket aces. Mighall three-bet pre-flop with 10-7 and his opponent slow-played those pocket rockets. An ace came on the flop, giving Mulder a set, but Mighall turned a straight and took every last chip from the soon-to-be runner-up.