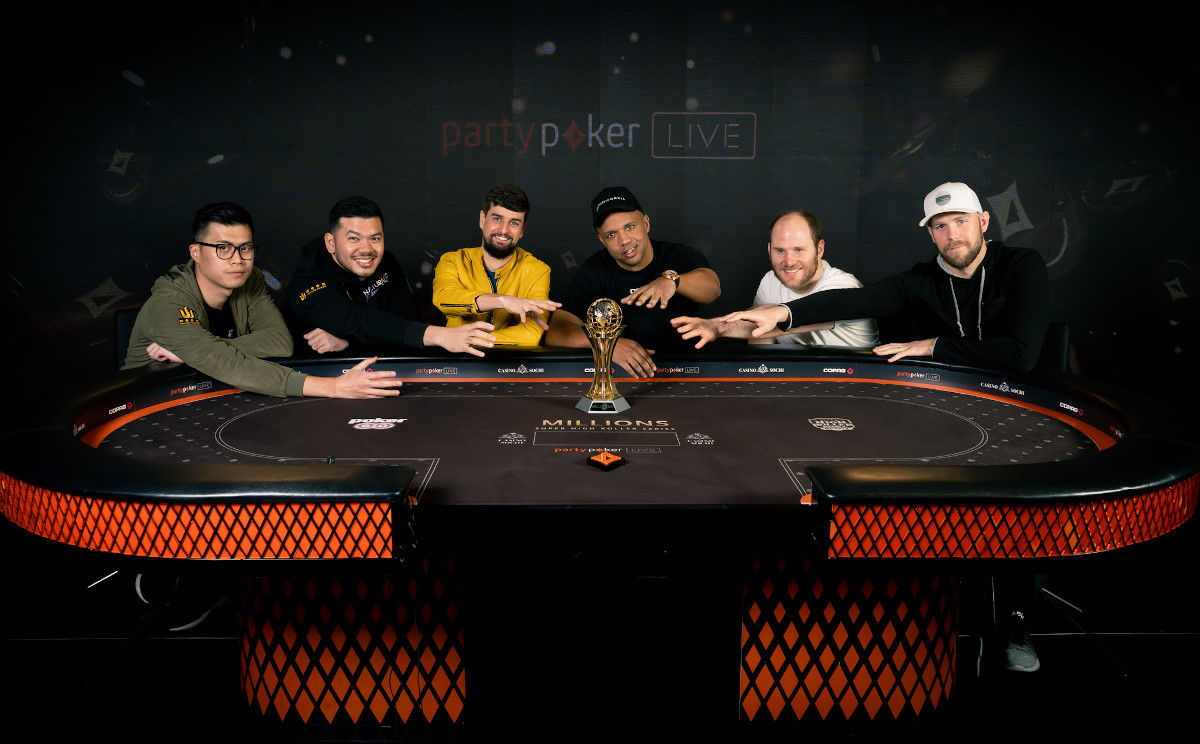 Ivey won $856,050 for the victory, his first since he took the top spot in another Short Deck tournament at the 2018 Triton Poker Super High Roller Series in Montenegro.

A total of 55 players entered the event, raising a $2.75 million prize pool to be split among the top eight finishers.

The tournament came down to a heads-up faceoff between Ivey and Malaysian pro Michael Soyza. After building a formidable chip lead, Ivey put the event away when Soyza went all-in with 9♣8♦ on a J♥9♥7♦ flop. Ivey had an easy call with K♥Q♥, giving him a gutshot straight flush draw and two overcards.

Soyza kept hope alive when the J♦ hit on the turn, but the A♥ on the river gave Ivey a flush and the win. Soyza took home $561,780 as the runner-up.

Ivey cashed a total of three times in the Sochi series, winning more than $1.4 million in the process. He nearly won another $50,000 Short Deck event earlier in the festival when he reached heads-up play. Ivey fell short in that tournament, due largely to a pair of bad beats, with Wai Kin Yong winning first place and the $800,000 top prize. Ivey settled for just $525,000.

Ivey continues to build his case as one of the greatest poker players of all time, and while much of that success has come in cash games, his tournament resume is world-class as well. He’s pocketed more than $30 million in live tournament winnings and has earned 10 World Series of Poker bracelets. The Poker Hall of Fame inducted Ivey in 2017.

The Partypoker Live Millions series in Sochi was one of the few major poker events still running this weekend, as many organizers postponed or canceled events due to the intensifying coronavirus pandemic.

The outbreak even altered some events that were already in progress. On Friday, the final 10 players chose to chop the Bay 101 Shooting Star Main Event, with live bloggers saying the competitors made that decision “due to circumstances surrounding the coronavirus.” The players split $1,331,000, with Craig Varnell picking up the biggest payout of $159,710 as the chip leader.

The status of future events is also in doubt, with even the World Series of Poker – scheduled to begin on May 26 – under threat, though organizers have not changed their plans as of yet.

“We are monitoring COVID-19 developments very carefully, and it is scheduled to be held as planned,” the WSOP said in a press release on Friday.

I watched this event, he seemed dominant all the way. Had a few lucky hands too but still, good performance. It is good that he is back in action and winning, I would like to see more old pros winning again!