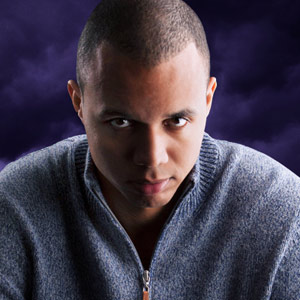 After a series of professional and personal hurdles, known poker pro Phil Ivey has taken to selling poker lessons online for a monthly fee in an effort to rebrand himself.

It’s been a rough patch for poker superstar Phil Ivey lately. He hasn’t won a World Series of Poker championship bracelet in Las Vegas since 2010. His wife divorced him, taking half of the millions of dollars he’s earned playing poker. He sued Full Tilt Poker, the online poker room he flacked for. And even when he wins, he can’t win. After winning $11 million playing cards in a London casino, he was accused of cheating—though it was never proved—and denied his winnings.

Lessons from a Pro

But now the man known as “Poison” for his deadly poker play (and apt last name) is back in the spotlight again with a new money-making scheme that might soften the quadruple-blows of bracelet impotence, marital alimony, lawsuit fever and scam allegations. The idea is called the “Ivey League” and is a website where Professor Phil will, for a fee, dole out his pearls of wisdom as they pertain to the finer points of poker. It’s an instructional site for Ivey groupies and wannabes but also for others who think they can learn poker from a website.

In a press release announcing the debut of the website, Ivey, who’s won almost $18 million playing offline tournament poker in his career, declared that he is “pleased to announce the launch of a new poker training website—Ivey League.” He goes on to explain that the site “features video strategy sessions from many of the top poker professionals in the word” with Ivey naturally being one of those professionals included.

The release says that “Ivey League offers membership plans for poker players at any skill level. The undergraduate tier or basic level provides access to community discussion forums and a weekly strategy video. The bachelor’s tier offers the same benefits as the beginner level and adds advanced videos from well-known poker pros every week. Also included are presentation videos demonstrating various poker concepts. The master’s tier offers all the benefits of the lower levels plus many more strategy and training videos including those from Phil Ivey himself.

“Master’s level subscribers also receive access to a monthly Q&A session with a Team Ivey pro. The undergraduate tier offers access for free, while the bachelor’s and master’s tiers are available for a monthly or annual membership. Subscriptions start as low as $9 per month. Ivey Poker acquired a poker training site called Leggo Poker in February 2013 and has re-branded the already-popular poker site into the premier poker strategy and training destination. Many of the Leggo Poker videos will be available to Ivey League subscribers, in addition to the new video content added weekly. A new dashboard is customizable and allows subscribers to follow community discussion threads at a glance.”

So there it is. Poker lessons from Ol’ Poison himself for just nine bucks a month. However, he’s going to have to sell plenty of those lessons to pay off his ex-wife. Divorce doesn’t come cheap, not to millionaires it doesn’t. Especially those with nine WSOP bracelets.