In a game with high variance, even the great ones sometimes struggle. Phil Ivey is off to a rocky start this summer in his return to the US tournament circuit, having cashed in only three WSOP events to go along with a $300,000 loss in the Super High Roller Bowl. 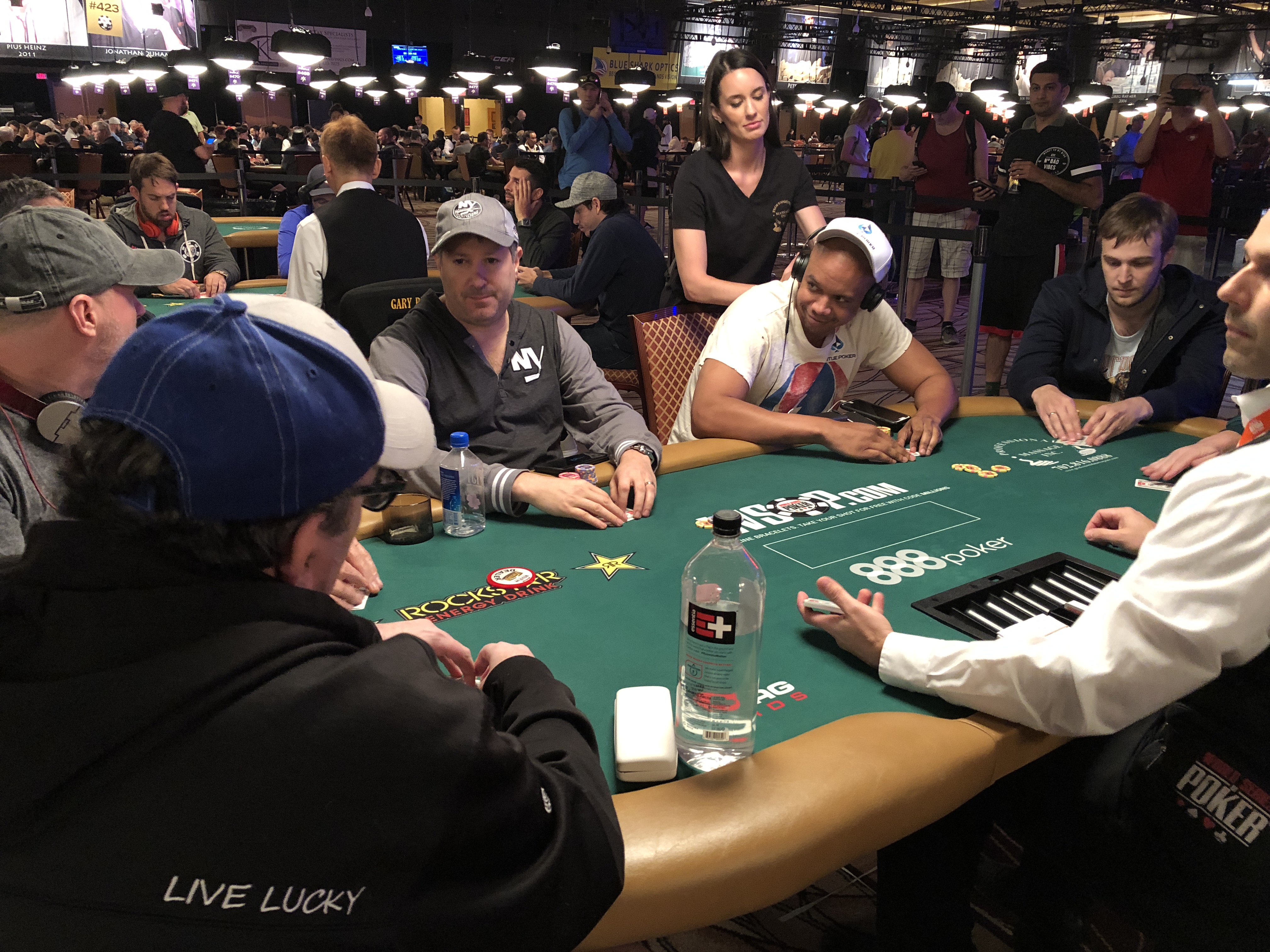 Phil Ivey was all smiles in the $10,000 2-7 Limit Lowball Triple Draw Championship at the WSOP on Friday despite a quick elimination. (Image: CardsChat News)

The good news for the 2017 Poker Hall of Fame inductee is there’s still plenty of time to win his 11th career bracelet and add to his 62 career WSOP cashes.

To quote former New York Mets manager Yogi Berra, whose team was in last place heading into the final month of the 1973 baseball season, “it ain’t over till it’s over.”

Berra wasn’t kidding around. His team went from last place to first place in September to win the NL East with a less than impressive 82-79 record, the worst record ever at the time for a playoff team.

Ivey, like the 1973 Mets after a tough August, still has nearly a month to turn his summer around. He’s certainly capable, although when it comes to poker, short-term success is reliant on good luck as much as skill.

Short Day at the Office

Ivey was one of nine players to register at the start of Day Two in Event #44, $10,000 Limit 2-7 Lowball Triple Draw Championship on Friday, but it was a quick and uneventful afternoon for the poker legend.

Outside of winning an early big pot against Mike Matusow with 8-6 low against The Mouth’s 8-7 low, there isn’t much to report on Ivey’s short-lived session.

After less than three hours of play, the short-stacked Ivey, down to just one big blind, paired up (a lousy hand in 2-7) on his third and final draw and was eliminated by Andrew Kelsall’s 9 low well short of the money.

Ivey barely outlasted the recently retired Vanessa Selbst, who flew out to Las Vegas to play her first few WSOP events of the summer.

Selbst, on her final hand, stood pat after her second draw with 8-7-6 low but was beat when Calvin Anderson drew to an 8-7-5 low on the third draw.

Don’t worry, Ivey fans, the summer is still young. And despite the Poker Hall of Famer’s month-long slump, the best poker players aren’t results oriented. They’re focused on playing fundamentally sound poker, knowing those who adapt this philosophy will see positive long-term results. He can still turn it around before the series concludes in mid-July.

Whether he wins a bracelet this summer or doesn’t even cash in another event, one thing most poker players can agree on: The World Series of Poker is better with Phil Ivey.

Hold on Phil! Although to whom I say this, experience and work, all the difficulties will overcome. Forward Phil for new victories.