Phil Ivey Gets $15.5 Million Pay Up Directive from Borgata Over Edge-Sorting Case

Phil Ivey could be facing a $15.5 million bill from the Borgata in Atlantic City, if the courts swallow the argument that the casino should be paid “expectation” damages. 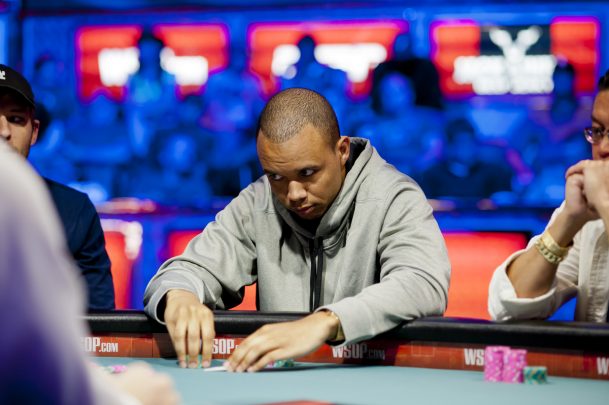 Phil Ivey’s edge-sorting battle with the Borgata has taken a nasty turn. The casino is demanding $15.5 million in “expectation” damages. (Image: poker.co.uk)

The Borgata’s claim is based on the repayment of the $9.6 million Ivey won at its baccarat tables during his edge-sorting rampage of 2012, plus interest. Then there’s $249,000 in comps awarded to Ivey and his accomplice Cheng Yin Sun, which the casino believes should also be refunded.

But the casino is also attempting to claim $5.4 million in expectation damages, which is the amount the pair would have lost had they been playing the games without an edge.

According to court records, Ivey and Sun played 8618 hands during the course of the four sessions, with an average bet of $62,500 per hand. The $5.4 million represents the casino’s expected value in line with the house edge.

How Does Edge-Sorting Work?

For those of you late to the party, edge-sorting is a method that allows the skilled player to adjust the odds in their favor by identifying tiny flaws in the patterns of the backs of playing cards. Ivey and Sun requested a specific type of Gemaco playing cards to aid them in this.

While they didn’t touch or mark the cards, they asked the dealer to rotate certain cards 180 degrees during play, which they passed off as one of the superstitious quirks commonly associated with baccarat.

But in reality, they were surreptitiously sorting the deck into two groups of favorable and unfavorable cards, which, known only to the players, could then be identified later by a minute lack of symmetry on the backs. They also a requested an automatic shuffling machine, which would prevent the cards’ orientation from changing, as they would with a manual shuffle.

On the same day of the very last session at the Borgata, news broke that Crockfords Casino in London was withholding £7.7 million ($9.7 million now) from Ivey, which then was worth around $12 million, on suspicion of cheating.

Not Guilty of Fraud

For the Borgata, it was too late, and the casino sued Ivey and Sun to recoup their losses. Last month, a New Jersey judge ruled that the two players were not guilty of fraud, but were in breach of contract with the Borgata, because the edge-sorting violated New Jersey’s Casino Control Act. He asked the casino to prepare a brief outlining damages arising from this breach of contract.

The expectation damages claim would seem to be pretty spurious, since it’s demanding player losses that don’t exist from a hypothetical game that was never actually played. But the likelihood is that the casino is simply aiming high in order to increase its chances of reaching as close a settlement to the disputed amount as possible.