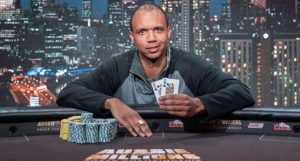 Phil Ivey has filed a countersuit against the Borgata in their ongoing battle over his use of edge sorting in high-stakes baccarat games. (Image: CardPlayer)

Phil Ivey and the Borgata Casino in Atlantic City are locked in a battle over $9.6 million in baccarat winnings, one that is far more dramatic than the high-stakes table game itself.

We still don’t know how a court will ultimately rule on the Borgata’s lawsuit that seeks to recover those controversial winnings, but Ivey isn’t waiting to find out, choosing to launch an attack of his own instead.

Attorneys representing Ivey and Cheng Yin Sun filed a countersuit against the Borgata this week, claiming that the defendants did nothing wrong in the case and that the Borgata had destroyed evidence that was critical to their defense.

The Borgata lawsuit is one of two legal battles between Ivey and casinos over his use of a technique known as edge sorting in high stakes baccarat games.

Ivey and Sun were able to get the casinos to agree to use playing cards with defects in how they were cut, allowing knowledgeable players to distinguish which was a card was turned due to their asymmetric design.

They then had dealers turn high cards 180 degrees (ostensibly for superstitious reasons), allowing them to know if cards were high or low even when they were face down.

That was enough to give the players a significant edge over the house. Ivey proceeded to win £7.7 million ($11.9 million) from the Crockfords casino in London and another $9.6 million from the Borgata.

Crockfords never paid out Ivey’s winnings, however, causing him to sue the casino in an attempt to recover the funds. Ivey lost that case, but an appeal has been granted and is expected to be heard in December.

“I believe that what we did was a legitimate strategy,” Ivey said in a statement after the ruling. “We did nothing more than exploit Crockfords’ failure to take proper steps to protect themselves against a player of my ability…clearly today, the judge did not agree.”

After hearing about the Crockfords case, the Borgata realized that Ivey had used the same technique to beat them. However, the situation was different: they had already paid out the winnings to Ivey.

That meant that the Borgata was forced to sue Ivey in an effort to recover his winnings. Ivey attempted to have the lawsuit dismissed in March, but a judge denied that request.

The new countersuit once again asks for a dismissal of the case.

However, it also seeks damages from the Borgata, and asks the casino to pay for legal fees and court costs under a New Jersey law that punishes frivolous lawsuits.

Great job Phil Ivey on your ability to detect a scam from the scamming casinos! You’re right, it is their job to protect themselves as much as a person is to project himself. I congratulate you on your skills of exploitation. It’s not your fault they left themselves wide open thinking no one would figure it out. Even an uneducated street rat could of figured it out due to their heightened sense for detail. Even dealers should not be able to know if a card coming is high or low. But a business is a business so they’re going to find an edge to make a profit either way. So I say, an edge for an edge and touche Ivey! Player wins, casino lost. This case should of never gotten this far. Apparently, the casinos are on tilt. tsk tsk. Maybe they should go back and read some good psychology books. You must have some Asian blood in you Mr. Phil Ivey. If the Judge can’t see how scammy this was on the casino’s end, what the hell is his Master’s or PhD for anyways? Doesn’t take a rocket scientist to see this whole ordeal should of been dismissed in the first place and Phil Ivey given his funds and congratulated for playing skills and ability to spot a rat’s tell.

You know, I bet the casinos see Ivey walk in, and they think, “Here comes trouble.” Why? – because he’s smart enough to take them for millions at a time.