With the pressure of the money bubble gone, players dropped like flies on Day 4 of the 2018 WSOP Main Event, including 10-time bracelet winner Phil Ivey, who bluffed away a big stack in a questionable spot. 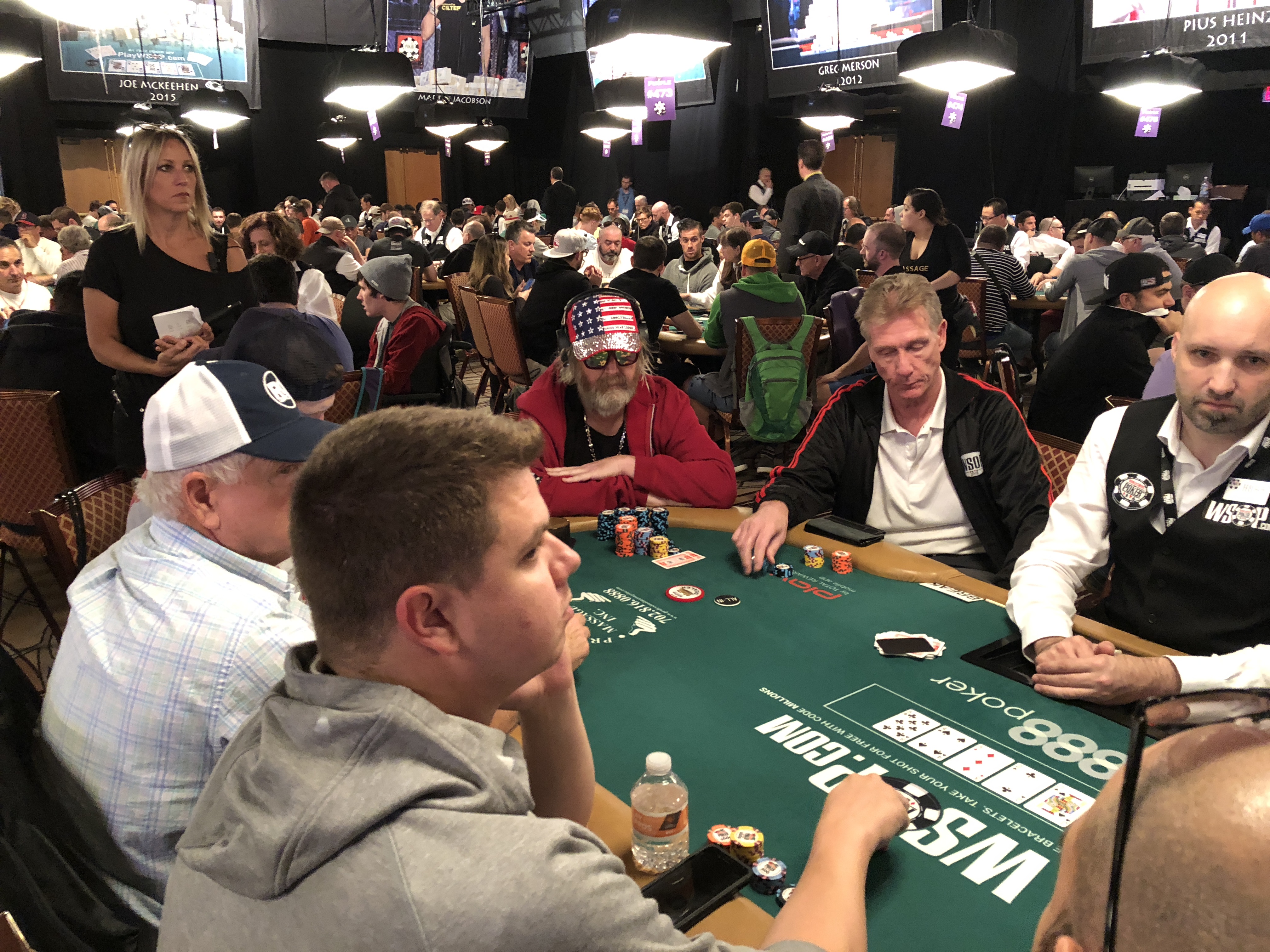 Like so many others briefly holding dreams of a big cash and chance at a bracelet, Phil Ivey got into the money but before building a stack to truly be reckoned with saw his tournament come to an unceremonious end.

Joining Ivey on the rail was every past champion, save for Joe Cada, and the grizzly, fun-loving, American flag hat-wearing Eric Hicks, a player who a week ago, got drunk and went bar hopping on his electric scooter while playing a $215 buy-in satellite on WSOP.com, which he won to earn a seat in the Main Event.

Hicks, who got so drunk during a $3,000 PLO event at the 2017 WSOP that he claims he doesn’t even remember his 4th place finish, livened up his table the past few days with wild stories and friendly banter.

Despite playing with a blood-alcohol level that may have exceeded Mike Trout’s batting average, he cashed in the Main Event but was eliminated in 401st place on Sunday ($33,305).

What Was Ivey Thinking?

In the midst of a tough WSOP with only a few cashes, Phil Ivey had an opportunity to make a deep run in the Main Event and get out of the red for the summer. Instead, he chose to bluff off a stack that was near or above 100 big blinds for most of Day Four.

The flop was gin for Altman (Q♣J♠2♠) so he fired out a 60,000-chip bet and got a call. The 8♠ on the turn was a bit of a scare card for both players considering a either could have been on a flush draw on the flop, so they both checked.

The innocuous 3♦ on the river changed nothing but Ivey, holding a hand that would be difficult to get value from, checked it back to his opponent who fired out a large value bet of 195,000.

The obvious decision here for most is to fold, knowing that your opponent is likely to have more big hands (set, two-pair, flush, AQ) than bluffs on this board given how the hand played out. But Ivey’s a different type of player and he felt this was a golden opportunity to bluff Altman off the best hand.

The high stakes poker legend check-raised all-in for over 60 big blinds (629,000) and was unable to successfully pull off what would have been a sick bluff.

Ivey has always been an aggressive player who strikes fear into his opponents with large bets, often on a stone-cold bluff. That’s his game. You live by the sword, you die by the sword. He chose the latter on Sunday and, as a result, was eliminated in 547th place ($23,940) instead of making a run at the final table.

All Up to Joe Cada

If the 2018 Main Event will crown a two-time champion, it will have to be Joe Cada. After Jonathan Duhamel, the 2010 champ, was eliminated in 409th place, there was only one past winner still standing.

Two other past winners were also eliminated on Day Four, both champions from the 1980s. Tom McEvoy, the 1983 Main Event winner, busted in 430th place. The 73-year-old four-time bracelet winner wore an all-pink cowboy outfit throughout the tournament to support his daughter who is courageously battling breast cancer.

It’s now up to Cada, the 2009 champion, to spin up his 559,000-chip stack, which is below average, and give the poker world its first repeat champion since Stu Ungar won this event for the third time in 1997, a year before dying of a heart condition related to years of drug abuse at age 45. Who knows how many titles he could have won if not for his life being cut short.