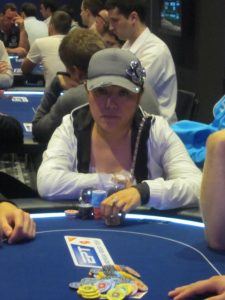 Phil Ivey’s edge-sorting accomplice Cheng Yin Sun is one of three gamblers now suing Foxwoods Casino Resort for over $3 million in withheld winnings. Sun is  the woman who was named as Phil Ivey’s accomplice in the now-infamous Borgata alleged “edge-sorting” cheating case.

While there’s no mention of Ivey in the case filed against Foxwoods, court documents make it clear that the Connecticut casino has withheld the funds in question because it believes the plaintiffs were edge-sorting during a 2011 session of mini-baccarat, a practice it deems illegal. Interestingly, the Foxwoods incident predates those that led to Ivey’s court cases with Crockfords in London and the Borgata.

In the latest case, Sun, along with fellow gamblers Long Mei Fan and Zong Yang Li, claims that Foxwoods owe trio $1.1 million in winnings plus $1.6 million in stakes. The three players do not deny edge-sorting, but assert that the practice in not illegal in Connecticut or, for that matter, any other US gaming jurisdiction.

“[Sun] played with different playing partners at Foxwoods, and the circumstances of all three lawsuits are slightly different,” a lawyer for the trio confirmed. “But the Foxwoods plaintiffs did employ essentially the same type of edge-sorting strategy as involved in the other two lawsuits.”

Edge-sorting is a technique in which the gambler is able to identify the value of certain cards by observing subtle manufacturing glitches on their backs. A skilled edge-sorter (and we’re not sure there’s such a thing as a non-skilled edge sorter) is able to muscle the odds in his or her favor to around six percent, in a game which traditionally has a low house edge; around one percent when played “by the rules.”

But is edge-sorting legal? Well, the truth is that no one yet knows. While the gamblers in all three cases claim that they were using nothing but their five senses and that they have merely been “gifted with keen eyesight,” the casinos are claiming fraud, pointing to the way the players “dishonestly” manipulated the situation.

Baccarat players are well-known for their quirky superstitions, a fact that Sun and Ivey exploited in the Borgata case by asking for a specific brand of cards without white borders (edge sorting is only possible with such cards), and an automatic shuffler, so that the cards would not flip around during the shuffle which would make them harder to identify. Presumably this was the MO in all three cases.

But, actually, no one really knows whether edge-sorting is legal or not, because there has never been a legal precedent, which is perhaps why, in the Foxwoods and Crockfords cases, the gamblers are the plaintiffs, while in the Borgata case, they are the defendants. And while the gamblers are suing the casinos for millions, the Borgata has launched an attempt to criminally prosecute them for the same reason.

As gaming law expert and attorney Maurice VerStandig wrote recently in reference to the Borgata case: “There is no real precedent for cases like this, and when the judicial system cannot find precedent, it goes in search of analogy, something that does not much help here, either, because edge-sorting is not truly analogous to anything…”

The house always wins, they say, and it may do again, but this time it might have to fight a little harder.

I really am not sure how I feel about these cases… its a little low of ivey, but i’m really not sure you can be that mad..GET RID OF THE CARDS THERE ABLE TO BE ID’d without turning over:D!

is it possible Valeriu Coca used a similar technique on his way to a controversial 5th place finish in last summer’s WSOP $10k heads up event ? the WSOP brass seems to have swept this issue under the rug ! they supposedly quickly destroyed the card decks in question .