Phil Hellmuth has proved he’s not just a hotshot at the poker table after sinking a three-point basket worth $10,000. 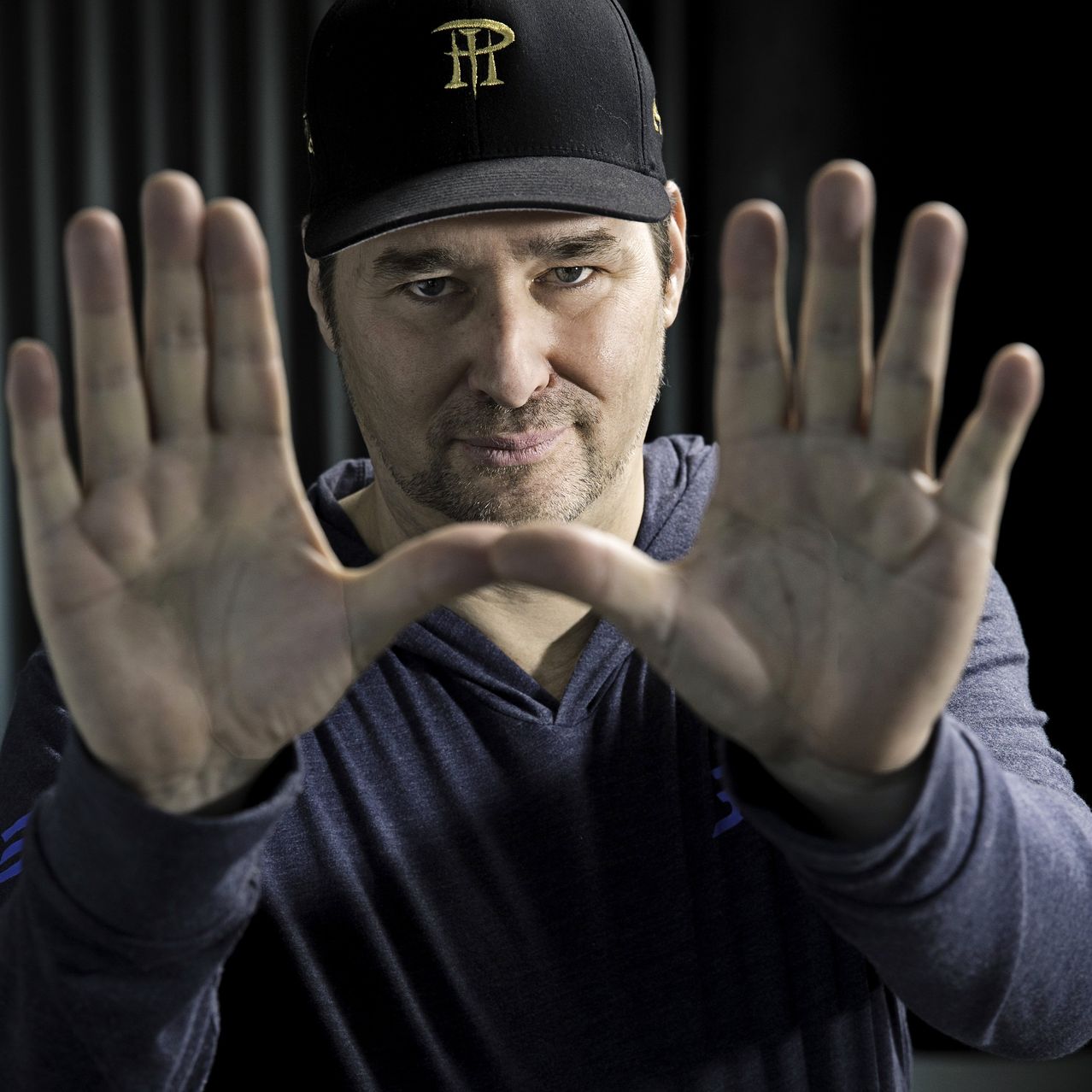 Phil Hellmuth showed he could hit the money ball with trash-talking youngsters whooping it up, challenging his basketball skills. (Image: Wall Street Journal)

The longstanding tradition of poker players betting vast sums of money on a variety of weird and wonderful bets continued recently when Hellmuth accepted a challenge from Doug Polk in Pittsburgh during “Poker Night in America’s” King of the Hill 2 tournament at Rivers Casino.

With action at the felt all but over, Hellmuth and Polk headed outside in the dead of night to settle a score on the basketball court. Flanked by Shaun Deeb, Parker Talbot, eventual King of the Hill 2 winner Olivier Busquet, “Poker Night in America” boss Todd Anderson, and a few others, Polk offered the Poker Brat 10-1 that he couldn’t sink a shot on his first attempt.

Not one to shy away from such attractive odds, Hellmuth put up $1,000 to Polk’s $10,000. Adding to the potential payday, Talbot laid $2,000 against Hellmuth making the shot before Polk put out a call on Twitter for a ball. A fan named Chris responded almost immediately to the request and delivered a street ball to the court at about 1:30 am ET.

Having used an awkwardly executed game of rock, paper, scissors to decide how far away the free-throw shot would be, they settled on the NCAA standard, which they both agreed was 20 feet, even though regulation three-point distance in college basketball is more precisely 20.75 feet.

Hellmuth was allowed no more than 10 bounces before making his shot. Despite standing in the cold and rain for at least 15 minutes to set up the bet, Hellmuth launched the ball skyward, and …

He sunk a perfect shot before running off across the parking lot with arms hoisted in celebration.

As Hellmuth performed a victory lap on rain-soaked streets outside Rivers Casino, a stunned Polk could only stare in disbelief into his phone’s camera as he livestreamed the feat on YouTube. To add salt to the wounds, Hellmuth assured Polk that despite his friendships with NBA players this was no hustle, and to prove it he took a second shot with no money on the line. On that go, donk, Hellmuth hit the rim, wide right.

That didn’t matter, however, as the poker legend outwitted his younger counterparts, pulling out his own camera to record a video selfie declaring he won “about $15,000.”

Polk eventually signed off his live stream by pleading for donations (in jest) so that he wouldn’t have to fly to Macau and play in the big cash games to pay his debt to Hellmuth.

For a look at how Hellmuth managed to win the prop bet, check out Polk’s video above.

Phil is the alive proof of “NO MONEY NO HONEY”!!!