Phil Hellmuth is almost always positive, except for when the cards don’t go his way. But now he has released a new book on Amazon, “#POSITIVITY: You are Always in the Right Place at the Right Time,” that may be a note to himself that can also help his fans win at the game of life. 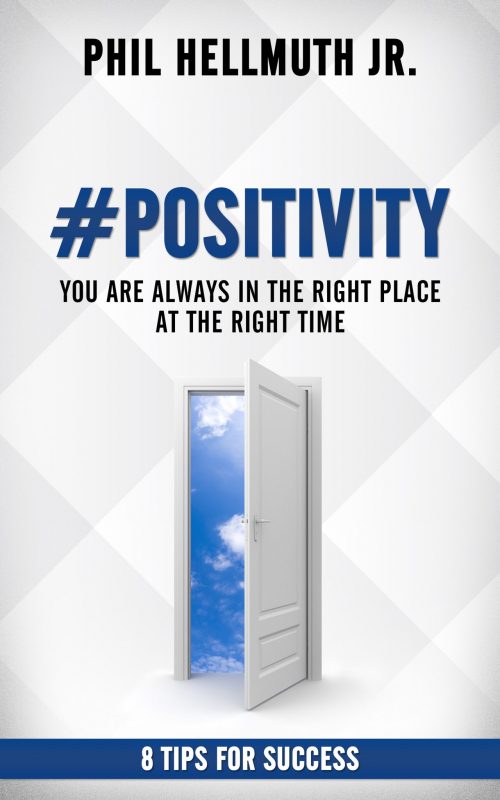 Hashtag #POSITIVITY has been Hellmuth’s mantra for quite some time. The WSOP bracelet record holder loves to stamp that hashtag on his Twitter posts when he’s showing off his glamorous lifestyle.

The poker pro’s new self-published book can be purchased on Amazon in Kindle form or paperback. Hellmuth’s autobiography, “Poker Brat,” which was released last summer, and five other books he’s authored are also available on Amazon.

Negativity Be Gone (Except When You Lose)

In his new motivational book, Hellmuth teaches readers how to stay positive regardless of the situation and drown out negativity. #POSITIVITY offers 112 pages full of motivational mantras, and will soon be released on audio. According to Hellmuth’s recent Twitter post, the audio version should be available sometime next week.

The book has eight chapters, with each covering one of Phil’s “tips for success.”

What you won’t find in the book is a poker player complaining about how “if it wasn’t for luck, I’d win every tournament.” Nor will the author refer to foreign poker players who beat him as “idiots from Northern Europe,” as he has done in the past, because that isn’t what #POSITIVITY is all about.

Phil Hellmuth is one of the most successful tournament poker players in history. He has a record 14 WSOP bracelets, more than $22 million in lifetime live tournament winnings, and was the 1989 world champion.

Known as the “Poker Brat” for often complaining when he loses, Hellmuth is one of only a few players in history who have had success in this game throughout four decades.

During the 1990s and 2000s, Hellmuth dominated the tournament scene and became one of the most polarizing figures in the game. He hasn’t had nearly as much success this decade, and part of that is likely due to his refusal to adapt to the “game theory optimal” philosophy the younger pros have implemented.

But he remains confident that his “white magic” poker strategy, which is based more on physical tells than math, is still effective. Those who are positive believe in what they are doing.