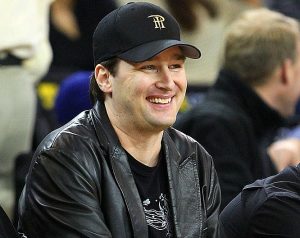 Phil Hellmuth dropped into Reddit to fill us in on the UltimateBet scandal and the whereabouts of Tom Dwan, among other things. (Image: PhilHellmuth.com)

Phil Hellmuth took to Reddit for several days this week to answer questions from adoring citizens of the Internet.

And while this unprecedented media “happening” that was the PokerBrats’ AMA sadly appears to have now petered out, it threw up some interesting questions and even one or two answers.

To save you trawling through the forums, here are some of the highlights.

While Hellmuth’s table antics annoy many, the man himself is blessed with a sense of fun and has a redeeming sense of humor.

Thus, he was happy to answer questions on anything from his image: (“unfortunately, I DO lose control sometimes!

But a lot less than the world thinks or understands”) to whether he’s ever had “2 chicks at once:” (he hasn’t and he has been happily married for 25 years.)

And so, with those formalities out of the way, it was down to the nitty gritty.

Hellmuth is buoyant on the future of online poker in the US and believes that legalized online poker is coming “100 percent,” and that it will be only a matter of time.

“However, David Baazov (poker big hope) is fighting hard, and effectively, for legalization,” he added. “I’m hoping for full legalization in California, and then many of us, and the experts, believe it will spread across the USA.”

Perhaps, most interestingly, he was willing to answer questions on the UltimateBet scandal. Responding to Kevin “Kevmath” Mathers query about whether he could have done more to recover the players’ funds, Hellmuth opened up about the super-user scandal, but not the Black Friday scandal, which Mathers had been referring to.

UltimateBet left many players high and dry when it was summarily shut down by the Department of Justice in 2011.

“I was proud to have had a big role in forcing an investigation at UB, which led to $25 million being returned to the players,” said Hellmuth. “People said I should have left the site, and that would have been easy to do as I was wanted by Full Tilt. But I saw another pro get haunted for years because the site he repped DID NOT pay the players back.

“Staying was the right move,” he added, “and I was happy when the players were paid back. I was also happy when evidence emerged a few years later that made it clear that I wasn’t aware of what was happening. The poker world stuck by [me], but the evidence was nice and completely shut up the haters.”

Where is Tom Dwan?

He also filled us in on the whereabouts of Tom Dwan, whose disappearance from the public eye has led to fierce speculation on internet that forums that he is broke, or being hunted by triads, or both.

“Dwan is still crushing playing NLHold’em, but in Macao,” Hellmuth said. “Those games are really, really huge (sometimes $4000-$8,000 blinds) and Ivey is doing well too. I can’t imagine Ivey skipped the WSOP for the games in Macao if those games weren’t special!”

And with that, as quickly as he had appeared, the Poker Brat was gone, off to continue his tireless one-man crusade of crushing the word’s no limit hold’em tournaments while celebrity name-dropping furiously on Twitter.

Phil is a beast.

Well done Phill.
Phil is really talkative and friendly,i think this helps him a lot.Don’t change Phill!
Despite his character of a kid when comes to losing…i think he is really a inspiring person,even in these days when internet poker is growing more and more and new young and wild players attend in live and online games he is showing the world that even now he can win some bracelets.
Personally i think he really knows when to fold even cards that anyone else could’ve folded.
He is the Boss!

I agree! I think he’s “grown-up” a lot over the years, and maybe gotten over himself too. I like that he can laugh at himself.