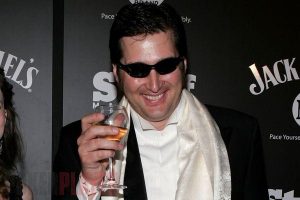 The irascible Phil Hellmuth says he has been offered a role on ABC’s Wife Swap, but turned it down. (Image: pokerbooksdvd.com)

Phil Hellmuth has rejected an offer to be on the ABC television show Wife Swap. In recent years, many pros have broken free from the virtual bonds of online poker and moved into the actual spotlight. Live tournaments set the stage for the exposure that only camera crews and roaring crowds provide and, as all poker fans know, the Poker Brat loves the camera.

Having the right amount of “star power” can propel any D-list celebrity or one-hit wonder straight into the headlines. What’s to stop a poker player from doing the same? For years, Phil Hellmuth used his persona as the Poker Brat to take his career to unexpected places. Now a recent offer would have the poker pro’s marriage on display for the world to see.

According to Hellmuth, he’s been offered an opportunity to appear on ABC’s Wife Swap. The 50-year-old poker player and 13-times World Series of Poker bracelet winner claims he was approached by producers on the reality show for a stint on a future episode.

Although Hellmuth himself was completely on board with the opportunity to appear on television, there was another crucial factor to consider in this equation: his wife. Unfortunately for Phil, it looks as if she is not excited about the idea of this television appearance.

Hellmuth went on Twitter earlier in the week to explain the situation. “Have an offer to be on ABC television show “Wife Swap,” but wife won’t do it! Though I’m SURE she would look amazing! #WifeIsAwesome”

Hellmuth and his wife Katherine Sanborn have been married for about 25 years. Sanborn, a psychiatrist at Stanford University, doesn’t seem to share her husband’s enthusiasm for gaining further screen time. However, Hellmuth certainly tries to lay on the charm in his tweet.

A Star is Born

Despite reluctantly declining the Wife Swap appearance, Phil Hellmuth has had a busy year, both on camera and at the poker table. The player just wrapped up a fourth place finish at a World Series of Poker bracelet event in Austrailia, marking it his third final table since June.

Hellmuth’s poker performance is certainly star-worthy, but he also isn’t a stranger to the public eye. Though Wife Swap is certainly high profile, Hellmuth also starred in a 15-second TV spot for Carl’s Jr. The commercial showed the “Texas Hold ’em Champion” take a large bite out of a Texas BBQ Thickburger. There’s also the possibility that ABC might have been eyeing Hellmuth for more than just Wife Swap. After all, back in 2010, it was rumored that the network had reached out to him for a potential Dancing With the Stars appearance. We’re pretty sure he’d be better at poker.

The reality show focuses on two families that trade wives for two weeks. On the first week, both wives must adjust to the rules of their “new” families, but on the second week are able to establish rules they follow in their “old” families.

Since 2012, ABC has switched its focus to celebrity couples. Stars such as Gary Busey, Daniel Baldwin, Joan Rivers and more have been featured on the show.