Phil Hellmuth, food critic? The Poker Brat was the latest guest on Dave Portnoy’s “One Bite,” a popular pizza review vlog from Barstool Sports, and he wasn’t exactly a fan of the slice he got to sample. 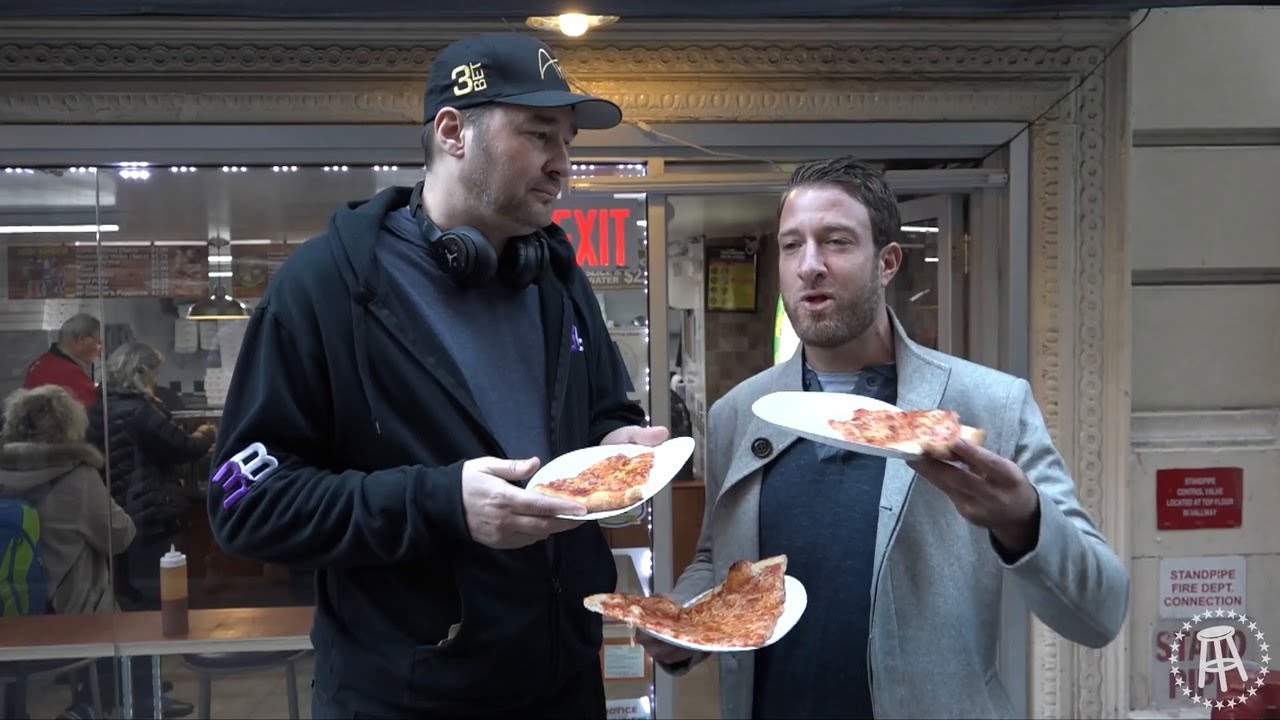 Portnoy, aka “El Pres,” is the founder of Barstool Sports, a satirical sports and men’s lifestyle blog that has millions of followers.

The “One Bite” vlog was created for Portnoy, a New England sports enthusiast, to review the cheese pizza in every New York City pizzeria, while occasionally venturing into other cities.

The rules are simple: El Pres and, in most episodes, a guest, take one bite of pizza and then grade it on a scale of 0-10, with 10 being the most awesome slice of pizza ever.

Although the rules stipulate participants judge the pizza based on one bite, by the time Portnoy gives his score, he’s usually gobbled up the entire slice. Hey, when you’re the host, you get to do what you want.

An “embarrassed” Portnoy took the poker champ to 99 Cent Famous Pizza at 1 E 28th Street in New York City for a cheap date. On first impression, both were unenthused about the apparent quality of the za.

Hellmuth took a bite and was asked for his score.

“I’m an optimist, a high-grader. I’m calling it a four,” Hellmuth said.

Portnoy advised Hellmuth that he gave a “rookie” score for rounding up, instead of using decimals. The Poker Brat then changed his score to a less favorable 3.5.

El Pres took his first bite while Hellmuth was talking, and on his second chomp into this one-bite review, he asked Hellmuth to use his reading skills to guess how he will score the pizza based on his reaction.

Hellmuth was just passing through New York with his parents on his way to nearby Philadelphia, where he was hosting a charity poker tournament.

Portnoy said he was somewhat “embarrassed” for bringing a legendary poker pro and his family to such a lousy pizzeria. But Hellmuth didn’t seem bothered.

In Hellmuth’s world, having to eat a terrible 99-cent slice of pizza to get your face in front of an audience is just the cost of doing business.

Pizza is one of my favorite dishes, but that one on the picture is not looking good at all! High scores, though 🙂