Anyone who follows Phil Hellmuth on Twitter knows that the Poker Brat is no stranger to sports betting. Now, the poker pro will get one of his fans into the world of handicapping by giving away an entry into the first DraftKings Sports Betting National Championship. 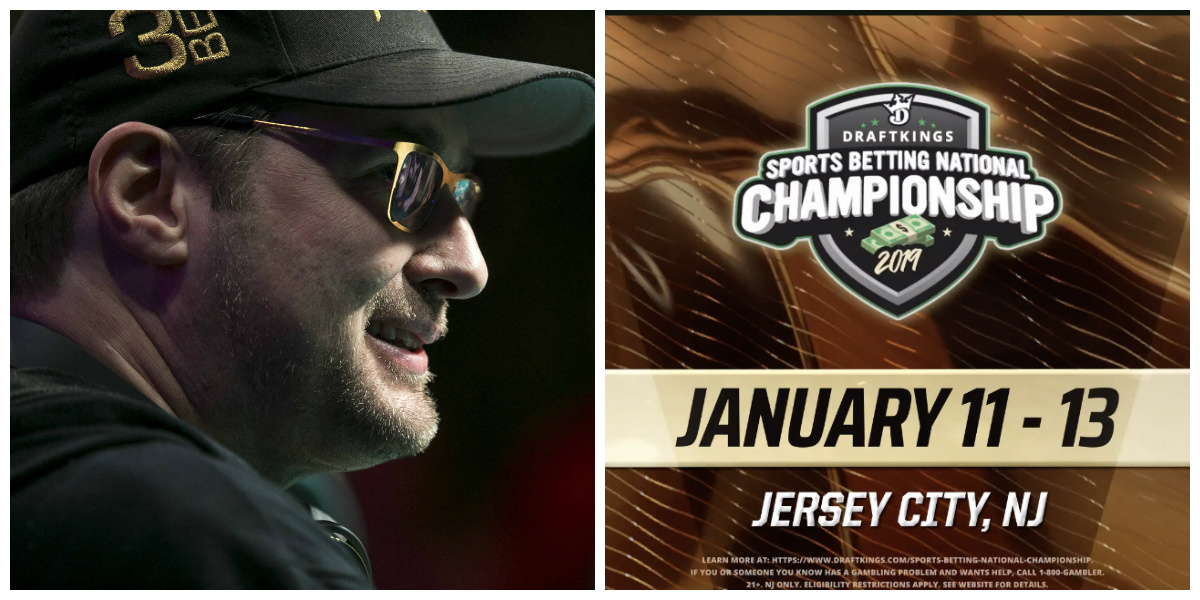 Hellmuth is lending his name to a free qualifier for the event on DraftKings this coming Sunday.

The qualifier is a standard daily fantasy sports contest, with participants picking players from the two NFL playoff games being held on Sunday: the early matchup between the Los Angeles Chargers and the Baltimore Ravens, as well as the afternoon clash between the Philadelphia Eagles and the Chicago Bears.

The contest has only one prize: a $10,000 entry into the Sports Betting National Championship, which will go to the first place finisher.

Hellmuth announced the event on Twitter, giving his followers the first chance to get into the qualifier.

The winner of my FREE Phil Hellmuth “Sports Betting National Championship Qualifier” on Sunday gets the entry. Sign up here: https://t.co/UL4haMnWNr

Hellmuth often talks about sports and sports betting on his Twitter feed, sharing picks and discussing the results of his wagers on football, basketball, and other sports. He was active over the holidays, discussing his bets on the NFL and college football just before New Year’s.

He has also invited the poker community to take part in larger betting pools with him. Back in September, Hellmuth tweeted about the carnage caused to his 1,100 entrant survivor pool after the Minnesota Vikings were upset by the Buffalo Bills.

The DraftKings Sports Betting National Championship is scheduled to take place January 11-13 in Jersey City, New Jersey. The tournament features a $2.5 million prize pool, with at least $1 million going to the winner. Many entries have been available through DFS qualifiers on the DraftKings website, though players also have the option of paying $10,000 to enter directly.

The DraftKings tournament is the first of its kind for the company, which is among the leading sportsbook brands in the New Jersey market. DraftKings has been particularly successful in the mobile betting sector, though they also run a brick-and-mortar sportsbook at Resorts Atlantic City.

Those hoping to win an entry from Hellmuth will have a lot of competition. Nearly 400 people had already entered the qualifier by Wednesday afternoon, and there is no cap on the number of entries allowed.

How the Championship Works

Each participant in the Sports Betting National Championship will put $5,000 into the prize pool, while $5,000 will be reserved for their bankroll in the event. Players must then place a series of bets on Friday, Saturday, and Sunday, with at least $1,000 in bets being placed during the first two days, and $2,000 being wagered on the two NFL playoff games that Sunday.

What an incredible opportunity for some lucky, very good gesture of Hellmuth.
I do not know much about betting, much less about the NFL, if not, I would try to participate. 🙂

Hopefully this year luck is with me and take advantage of all those promotions and raffle that professionals do, and great opportunity that gives us phill, so hit very well and hopefully click those 10K