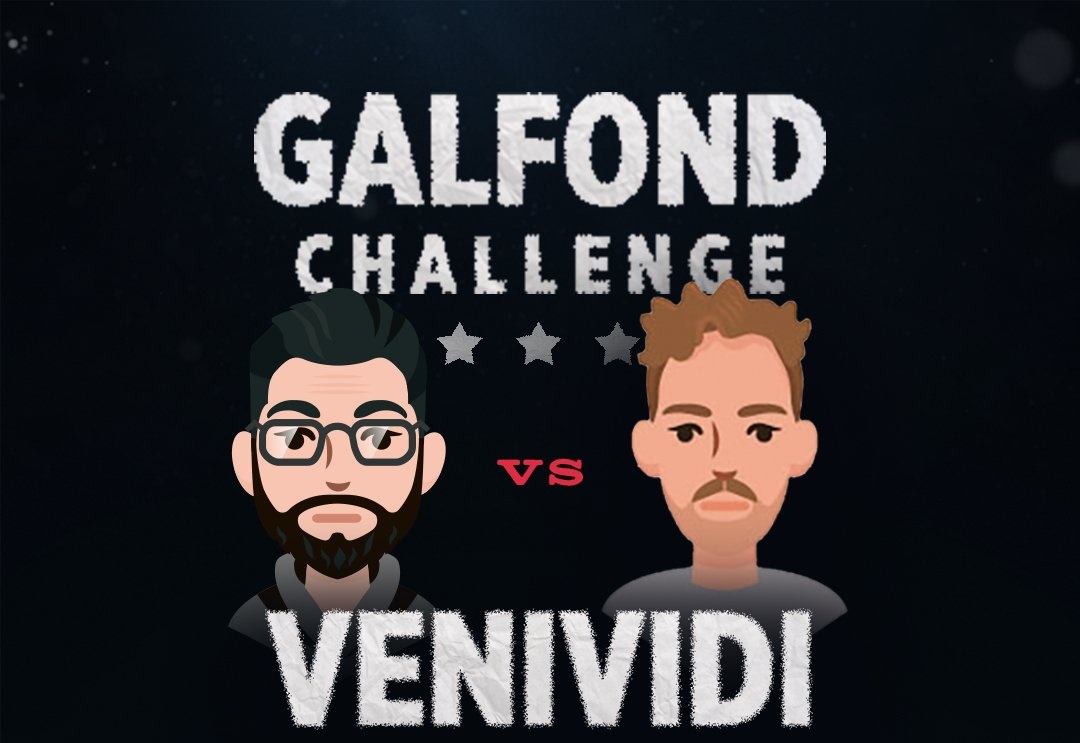 Phil Galfond trails VeniVidi by well over €300,000 in the first edition of his high-stakes, heads-up challenge. (Image: Phil Galfond/Run It Once)

Galfond Sees Plenty of Time for Luck to Turn

But VeniVidi1993 has built an imposing lead, and Galford can’t afford to tread water. Monday’s session led to much of the damage, as VeniVidi picked up more than €155,000 ($170,000) in winnings to nearly double his advantage.

Galfond stands to lose even more than the current margin suggests. He offered VeniVidi a large side bet at 2:1 odds, and would owe an additional €200,000 ($220,000) should he go on to lose the match. According to a PocketFives.com report, Galfond says that either side has the right to forfeit the match early if they are willing to also pay out the side bet.

The nice thing about being down €327k in 3.2k hands is that you can be absolutely certain that you’re running bad!

Yesterday was the worst day yet but my focus was good, even when getting smashed, so I’m happy with how I handled what I could control. Back at it in 90 minutes! pic.twitter.com/wNcxQmrjY6

Galfond doesn’t sound like a man ready to give in, though. The founder of Run It Once Poker suggested that no matter how much he might be getting out-classed in the match so far, he was also running bad to start the match.

The nice thing about being down €327k in 3.2k hands is that you can be absolutely certain that you’re running bad,” Galfond wrote on Twitter after Monday’s session. “Yesterday was the worst day yet but my focus was good, even when getting smashed, so I’m happy with how I handled what I could control.”

On Wednesday, Galfond shared a graph of the first six days of the match, showing that while he might be down big, results this bad were highly unlikely, even if he were playing horrible poker.

As requested, graph of the #GalfondChallenge to date with red & blue lines added.

It’s the perfect setup for an amazing comeback story! ?? pic.twitter.com/d7Fww0bCgg

“It’s the perfect setup for an amazing comeback story,” he wrote.

Challengers Lining Up for Heads-Up Battles

Galfond announced his challenge – similar to the infamous Durrrr Challenge, which was never actually completed – in November. He offered to play anyone outside of the Run It Once team in a heads-up match in no-limit hold ’em, pot-limit Omaha, or limit Omaha, preferably at stakes of $100/$200 or higher. He suggested that the matches would be 50,000 hands long, though the VeniVidi1993 challenge is scheduled for only half as many.

Challengers emerged quickly to take that offer. Bill Perkins, Daniel “Jungleman” Cates, and Luke Schwartz are among the names that have publicly said they would play Galfond in high-stakes, heads-up matches.

Galfond owns three World Series of Poker bracelets, two of which came from PLO tournaments. The Hendon Mob credits him with nearly $3 million in lifetime tournament winnings. He is best know for his cash game play, particularly online, where he has dominated high-stakes tables for years under the name “OMGClayAiken.”

Wow, that is so harsh, going negative 300K must be drivinging him nuts, even though he is obviously trying to not show it in his twitter posts… Pot limit Omaha is a beautiful game because you get so much action and you get so many more strong hands as opposed to the more “calm” NL Holdem, the bad news is that bad hands are twice as likely to improve in the comunity cards in Pot Limit Omaha.

I can’t even imagine what’s going through Phil Galfond’s mind right now, I honestly hope he makes his comeback, even though he is a serious underdog and his odds are very minimal. But he is a PLO Pro, so lets hope he has a strategy set up.

Love PLO…but, OMG, so much money…VeniVidi must be very happy and sure very lucky! 🙂