David Larson from San Jose, California, tried to satellite his way in to the $3,500 WPT Rolling Thunder four different times (at $400 a pop) but went 0-for-4. Not ready to just go home, he bought in directly to a tournament bigger than usual for him, and that gamble made all the difference. 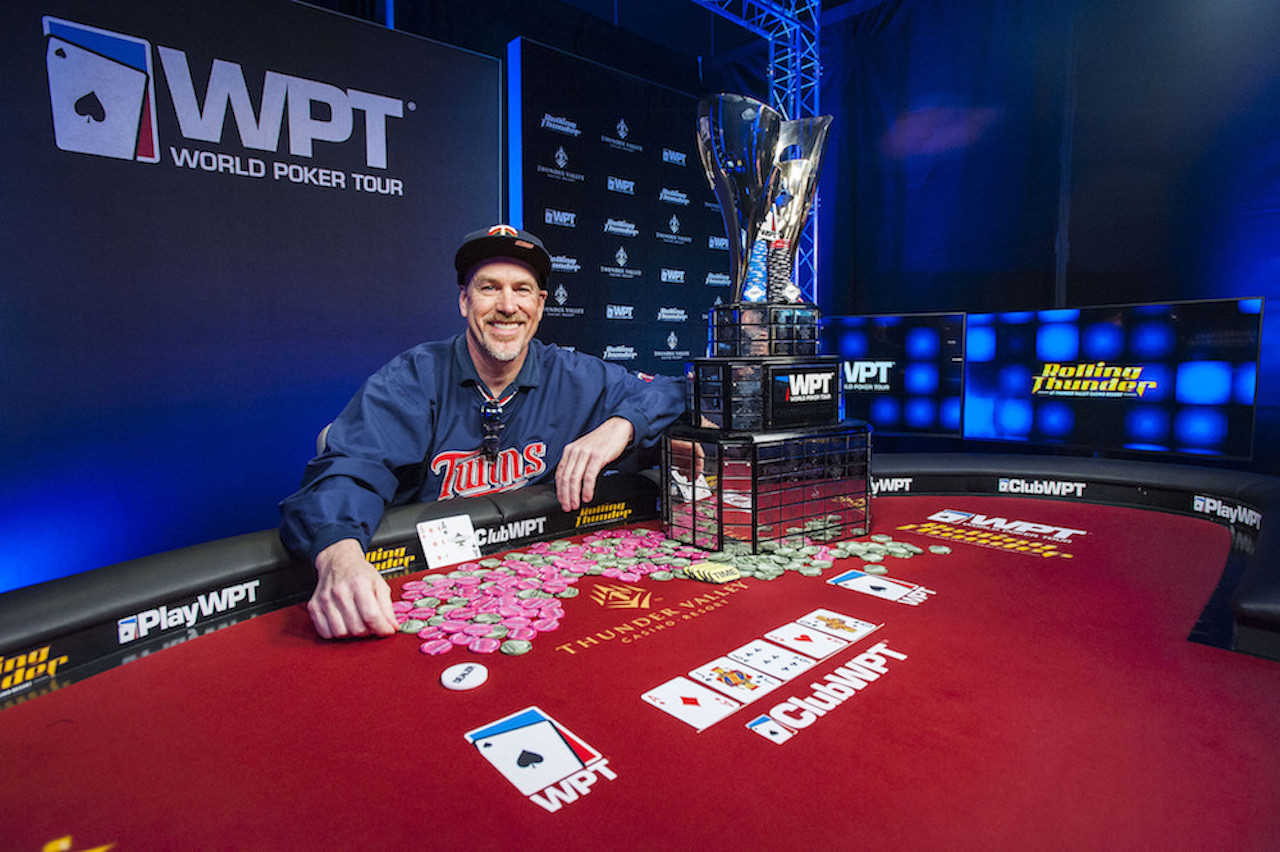 “It was a whole comedy of things that went wrong,” Larson told WPT officials of his failed satellite efforts. “At the last minute, I went to the ATM and grabbed the money and bought in. It’s the biggest event that I ever bought in to.”

The World Poker Tour’s Season XVI Rolling Thunder event at the Thunder Valley Casino in Lincoln, California, attracted 440 entries. On Tuesday the final six returned to battle it out for a $295,128 first-place prize plus a $15,000 seat into the WPT Tournament of Champions.

From Short Stack to Winner

When final table play began, David Larson, who was decked out in Minnesota Twins gear, sat dead last in chips.

Over the course of the next 171 hands, he worked his stack up and outlasted much more experienced players.

DJ Alexander was the first to exit the final table when, on Hand #43, his K♠9♠ failed to overcome the 10♥10♦ of Larson. Alexander’s sixth-place finish, good for $56,417, saw him move up to 1,400 points on the WPT Player of the Year Leaderboard, which puts him in seventh place. 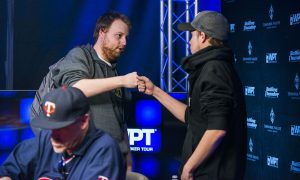 At that point, all eyes were on 2015 World Series of Poker Main Event champ Joe McKeehen, who less than a month earlier finished fourth in the WPT Borgata Winter Poker Open Championship for $240,251. McKeehen held the chip lead, but as five-handed play wore on, the blinds and ante continued to climb.

After eliminations of Rayo Kniep and Ping Liu, who started the final table as chip leader, McKeehen and Larson collided. On Hand #147, which took place in Level 31 (60k/120k/20k), McKeehen raised to 250,000 from the button with Q♣9♣ and Larson called from the small blind with A♥7♥.

Larson eventually made it to heads-up play against Ian Steinman, albeit at a chip disadvantage.

Larson called, and then bet 400,000 after Steinman checked the A♦J♠6♣ flop. Both players proceeded to check the A♥ turn before Steinman led out for 500,000 on a Q♠ river. Larson responded by moving all in and Steinman called off his last 1 million to end the tournament. Steinman took home $201,428 for the second-place finish.