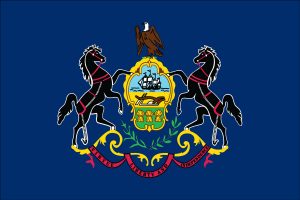 A hearing took place in Pennsylvania to help lawmakers and regulators understand the potential impact of online gambling and poker.
(Image: EderFlag.com)

Two democratic chairs of the House Gaming Oversight Committee in the state of Pennsylvania requested a hearing, where the policy, regulation, social impact, consumer protection, and online gaming technology were discussed. The purpose of the hearing was to be introduced to the prospect of potential legislation that could bring online gaming and poker to the state.

Citing a need to understand the impact that Internet gaming would have in Pennsylvania, State Representatives Tina Davis (D-Bucks) and Rosita Youngblood (D-Phila), requested that the hearing take place. Acting as co-chairs, they wished to understand what is happening around the country in states where online gaming and/or poker is legalized. They hoped to glean wisdom from those who have already broken ground in this new industry and then evaluate whether or not it could work in their state.

Representative Youngblood stated that the main purpose of the hearing was to not just understand what is happening, but to jumpstart discussion and provide a forum for fellow representatives to discuss the matter and receive relevant information on the topic. The state representative admitted that they hope to improve upon the “debacle we are seeing with the expansion into tavern gaming,” and allow for enough discourse between lawmakers to fully understand the revenue online gaming would represent for the state.

The State’s Regulatory Board Weighs In

The Pennsylvania Gaming Control Board (PGCB) is in on the study and rounds of debate taking place. Executive Director Kevin O’Toole has told press that online gaming and poker would simply be an extension of current legalized gaming activity. Due to this understanding, O’Toole believes that any policy regarding online gaming would fall under the auspices of the Governor’s office and the General Assembly in the state.

O’Toole also explained that if Internet gaming legislation was passed by both the state’s Legislature and Governor, that the PGCB will strongly advocate that only existing licensed casino operators in Pennsylvania be allowed to be operators of online casinos.

Currently the PGCB regulates all twelve of the state’s casino operators, but does not take a stance either way with online gaming. The only aspect of gaming they are advocates for is regulated activity. The Executive Director has also said that key members of his staff have taken steps to gain a better atmosphere of the process of the Internet gaming industry.

Both the state’s study and those behind the PGCB will be reviewing legislation, regulation, and results that have been passed in New Jersey, Delaware, and Nevada. They are planning on discussing the matter with fellow regulators who have gotten some experience under their collective belts on-boarding states into the Internet gaming age. They hope to be passed down best practices, lessons learned, and key contacts as they gain ground in their quest to fully understand what it takes to bring Internet gaming to a state.

Concerns from Lawmakers and Regulators

O’Toole went on to say that there are unique concerns with online gaming they hope to possess a better understanding of in the coming month. Specifically, age verification is an issue they are going to look strongly at, as they want to identify the best process possible to determine with surety that nobody other than a registered user can log into a given account. He also stated that any technology associated to gaming must be reviewed and pass the existing testing process that is in place now for land-based casino operators.

Many in the online gaming industry believe this is a very positive step towards potential legalization in Pennsylvania. The state is certainly not adverse towards casino operators and has seen neighboring states lead the charge to allow legal, regulated poker sites to spring up and operate. As commendable as the actions of lawmakers and regulators are with this hearing, time will tell whether anti-gaming groups will represent strong opposition for these efforts.