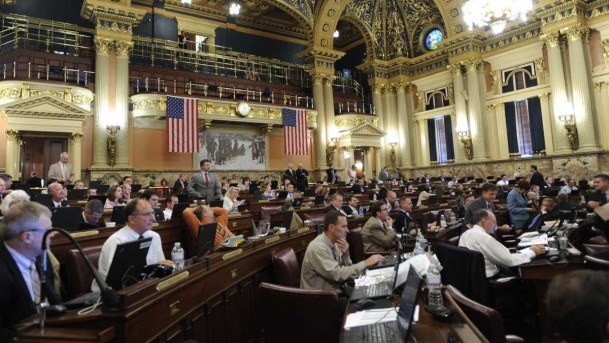 Two polls have offered strikingly different takes on what Pennsylvania residents want their legislature to do about online gambling. (Image: AP/Bradley C Bower)

Pennsylvania online poker is a hot topic in the Keystone State, with state House Gaming Oversight Committee Chairman John Payne (R-Dauphlin) recently sponsoring legislation that would allow for poker and casino games to be played over the Internet there.

Now, there’s a new poll that suggests Pennsylvanians could be behind such a measure, provided the right safeguards were in place.

According to a poll commissioned by the Bravo Group, 66 percent of registered voters in the state “want Pennsylvania to pass a law that will tax online gambling so the money can be used for education and other vital state programs.” The poll of 769 registered voters was conducted from May 9-15.

Those following the issue of online poker in Pennsylvania may recall another recent poll that found starkly different results, with 73 percent of registered voters in the state saying they would oppose legalizing online gambling. How can two such closely offered polls come to such completely different conclusions?

The answer comes down to what questions were asked of those polled, and how they were asked.

If pollsters want truly accurate reflections of public opinion, they must be careful to ask the right questions. Conversely, if someone wants a particular result from a poll, it isn’t that difficult to frame the questions in a way that will all but guarantee they get what they want.

The first poll, taken nearly a month ago, was conducted by Harper Polling on behalf of the Coalition to Stop Internet Gambling: the group formed by Sheldon Adelson to fight against the spread of online poker and casino games in the United States. Unsurprisingly, the poll was designed to show that Pennsylvanians wanted nothing to do with Internet poker.

Still, opposition was high even before hearing those statements, leaving the question of where the broad support for Internet poker came from in the new poll.

The answer lies in the wording of the questions.

The 66 percent figure from the new poll wasn’t in response to legalization of Internet gambling, but instead about taxing it for the benefit of state programs, something that likely sounds better to those who aren’t familiar with the current state of online gambling.

When asked if they would want Pennsylvania to pass a law to license and regulate online gambling, that figure drops to 58 percent, though that’s still much higher than in the first poll.

Similarly, 61 percent of respondents in the Bravo Group poll said they would be more likely to vote for a state legislator who pushed for a bill that would generate money for state programs, while also protecting children from gambling online.

That’s in contrast to the CSIG-backed poll that found that 54 percent of voters would be more likely to vote for their state legislator if they “strongly opposed legalizing online gambling in the state.”

With both polls including language that seems slanted at best, it may be safe to assume that the actual support for online poker in Pennsylvania is still unknown, and likely lies between these two extremes. However, the latest poll did provide some useful information on what Pennsylvania voters would want to see in an online poker marketplace in their state.

For instance, the poll found that 80 percent of voters want laws that require online gambling sites to use technology to prevent minors from gambling. Additionally, more than half of all respondents believe that such sites should be required to use technology designed to help problem gamblers limit their losses.