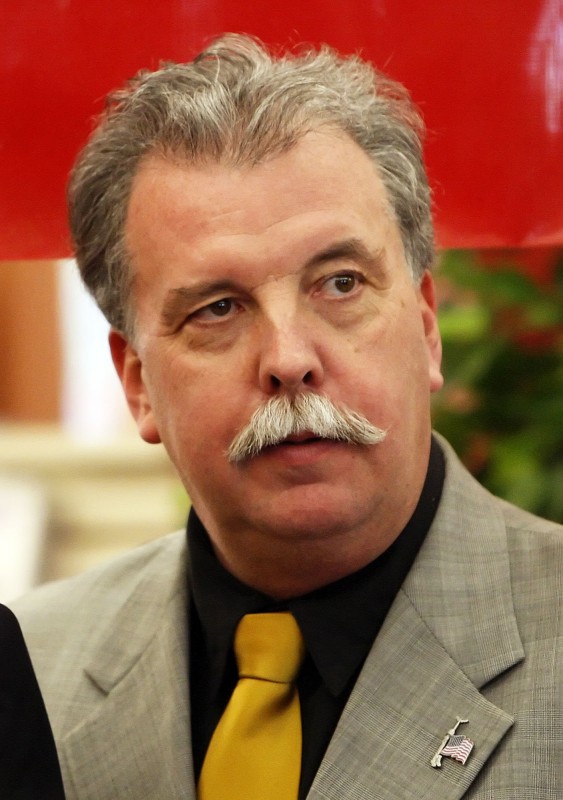 Pennsylvania online poker has more hope via State Representative John Payne, who says his bill is not about authorizing online gambling per se, because online gambling is “already here.” (Image: pennlive.com)

The latest Pennsylvania online gambling bill, HB 649, which seeks to regulate online poker and casino gaming in the state, sailed through the House Gaming Oversight Committee without amendments and by a comfortable margin today (November 18th).

Lawmakers voted 18-8 in favor of the bill, which will now move to a vote on the House floor, and from there to the Senate before arriving on the governor’s desk.

Democratic Governor Tom Wolf has declared himself “open to a conversation” about online gambling.

The bill was introduced back in February of this year by Representative John Payne (R-Dauphin County) and appeared to be going nowhere until Pennsylvania’s four-and-a-half-month-long budget impasse revived interest in the idea of online gambling regulation.

In fact, there still remains a chance that the bill could be tagged onto the state’s 2016 budget plans, as the legislature seeks methods of plugging a $2 billion deficit without raising taxes, which would increase its chances of being voted into law.

Payne believes that online gaming could generate around $120 million for state coffers in its first year, mainly from licensing fees, a proposed $5 million per operator. Beyond that, online poker and gambling sites, which would partner with existing land-based licensees, would be charged a 14 percent tax on gross gaming revenues.

But HB 649 also includes land-based gambling expansion: 24-hour liquor licenses for casinos and the establishment of slots machines in airports, which would bring in an extra $700 million per year for the state, according to Payne’s calculations.

Addressing the press today, Payne said his bill was not about authorizing online gambling because, as he said, “Internet gaming is already occurring.”

“We’re not authorizing it,” he added, “we going to regulate it. I want to protect the children and the compulsive gamer.”

The Poker Players Alliance was quick to commend the committee on its passing of the bill.

“With the passage of H.B. 649, the House Gaming Oversight Committee has proven their commitment to providing Pennsylvania residents with a safe and regulated place to play online poker within their own borders,” said John Pappas, executive director of the PPA in a press release.

“The PPA thanks Chairman John Payne and the Committee for their leadership. Now this bill needs to become law. The safety of consumers and the fiscal health of Pennsylvania will be vastly improved when Internet gaming is appropriately licensed, regulated and taxed.

“It is our hope that the legislation will be enacted on its own or as part of the state’s 2016 budget by the end of this year.”