There’s good news for those hoping a Pennsylvania online gambling bill might yet pass in 2016, but had given up hope. Just don’t get too excited quite yet. 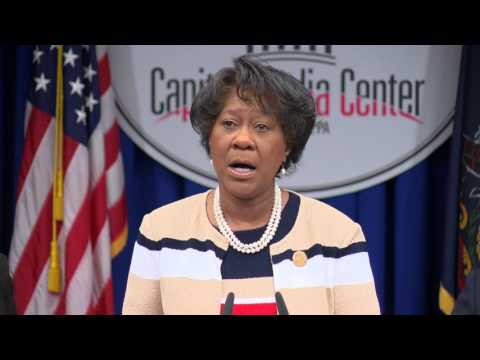 The state House of Representatives has scheduled a 9 am meeting on Tuesday, September 27 for a “review of states which currently have fantasy sports and/or I-Gaming,” per a release from the House Gaming Oversight Committee.

Yes, online poker is included in the bill. The House already approved legislation earlier this year. It’s now up to the State Senate to have a vote at an undetermined date. But the House is having a hearing in an attempt to expedite the bill.

Rep. John Payne (R-106th District) and Rep. Rosita Youngblood (D-198th District) are attempting to push this bill forward before the end of the year. The state has a $100 million budget to fund via gambling expansion and online gambling. If the internet gambling bill doesn’t pass, there could be a shortage of money in the Keystone State next year, pure and simple.

Richy Muny, VP of Player Relations for the Poker Players Alliance, is contacting and encouraging others to contact Pennsylvania lawmakers in support of online poker. On top of sharing the financial benefits of legalizing online gambling with state senators, Muny makes sure to thank those lawmakers who are fighting the good fight.

Muny’s sell to state senators is very simple:  online poker would generate revenue for the state without having to raise taxes on individuals and businesses.

It’s a crucial time for HB 2150, the PA online poker bill. The state senate reconvenes on Monday for three days and, if the bill doesn’t pass during this time, there will only be one more opportunity in 2016 for a vote (October 17-19 and 24-26). That’s why Rep. Youngblood and others are scrambling to encourage the senate to take a vote next week.

Many poker players expected legislation to pass in 2016. Some even predicted it would happen early in the year. Yet it’s already September and HB 2150 hasn’t even made it past the second step.

As it stands, only three states in the United States have legal online poker (Nevada, Delaware, and New Jersey). Should Pennsylvania fail to join the party in 2016, two calendar years will have passed without any other state adopting an online gambling bill.