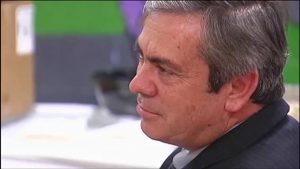 Senator Pat Browne said this week that the legislature is counting on raising $100 million through gambling expansion, which could include online poker. (Image: wfmz.com)

Pennsylvania’s gambling expansion legislation, which includes the regulation of online poker and casino games, will have to wait until “the fall” for a vote in the Senate which may or may not pass it to the governor’s desk.

That’s the verdict, at least from Senator Pat Browne (R-Lehigh), chairman of the Appropriations Committee, who spoke to the Pittsburgh Post-Gazette on Tuesday afternoon, as lawmakers in Harrisburg debated how to bring a $1.3 billion budget shortfall into balance.

The previous evening, the state’s $31 billion spending bill was passed into law, without the signature of Democrat Governor Tom Wolf, who believes it is now up to the tax-averse Republican-dominated legislature to come up with a plan to plug the deficit.

As yet, no concrete plan has been forthcoming, although gambling expansion is part of a proposal that expects to raise roughly $1 billion to plug the hole in the budget, along with tax hikes on cigarettes and new duties on electronic cigarettes.

From the point of view of those of us who wish to see online poker legalized in the state, at least, the legislature’s predicament is cause for hope. It’s due to go into to recess for the summer this week, although the legislative session doesn’t end till November, which leaves lawmakers scrambling for answers. And the failure to put a workable plan together to sustain the budget across a whole fiscal year could spell curtains for the state’s battered credit rating.

Browne told the Post-Gazette that the gambling measures were likely to be part of the final revenue package and that lawmakers were “counting on” raising $100 million from gambling expansion.

When asked if there was a risk in delaying the vote until the fall, he said: “One hundred million dollars in the scope of a $31.5 billion budget … it’s not needed right away. But if it’s probable? You can book something that is probable.”

Will Poker Stay Part of the Package?

Pennsylvania’s chances of passing gambling expansion, therefore, are “probable,” but Browne neglected to go into any further detail, such as whether he expects any of that $100 million to come from online poker.

The gambling package approved and passed to the Senate by the House at the end of last month would also regulate DFS and authorize slot machines in airports, which may prove more palatable to certain lawmakers than online gambling.

And there remains opposition in Pennsylvania, not least from Sheldon Adelson’s LVS, which operates the state’s biggest land-based casino, the Sands Bethlehem.

FFS Just vote on it and stop this hold up BS.