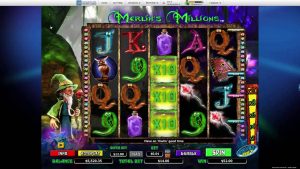 A Pennsylvania casino operator has launched an online casino in New Jersey. Currently, internet gambling is only legal in New Jersey, Nevada, and Delaware.

But the Keystone State is expected to pass legislation in the near future. Many poker players hoped a bill would pass in 2016, but that appears unlikely at this point.

Since online gambling isn’t legal at this time in Pennsylvania, SugarHouse Casino, a prominent Philadelphia gambling establishment, has opened an online casino across the river in New Jersey.

Rush Street Interactive, SugarHouse’s majority owner, is opening an office in Cherry Hill, New Jersey under the internet gaming permit of Golden Nugget Atlantic City LLC. The office will be used to serve the site’s customers.

The gambling site was created based on input from gamblers in New Jersey. A mobile app for iOS and Android devices is available. Players can make a deposit from any state, but play must take place within New Jersey limits.

Expanding its Customer Base

According to Rush Street CEO Greg Carlin, the new online casino will “broaden the SugarHouse reach to new players in New Jersey and give players more choice about how they want to enjoy their casino gaming experience.”

That begs the question:  would Pennsylvania benefit financially if SugarHouse wasn’t forced to take its online business across the border to New Jersey?

Perhaps lawmakers in the Keystone State will keep a close eye on the revenues generated by PlaySugarHouse.com.

HB 2150, an online gambling bill, passed a House vote earlier this year but isn’t gaining any traction in the state Senate. Time is running out to get the bill passed in 2016 and optimism doesn’t appear to be high around the poker community. But that doesn’t mean HB 2150, or another similar bill, won’t make its way into legislation sometime in 2017.

Heading into 2016, many poker players, along with the Poker Players Alliance, were optimistic Pennsylvania would become the fourth state to legalize online gambling. Bloggers and other media members predicted the bill would pass this year. There is still time to make that happen, but optimism is fading.

Should Pennsylvania pass legislation, a partnership with New Jersey has been rumored to offer a shared online poker player pool. Online poker hasn’t met financial expectations since 2013 in the Garden State.

The partnership could help New Jersey generate more revenue from the game. But that requires Pennsylvania to pass legislation first.