Place Your Bets? Penn State an Unlikely Underdog vs. Ohio State in College Football ‘Game of the Week’

Coming off a convincing win over Michigan, Penn State enters Saturday’s key Big Ten conference matchup at Ohio State with an unblemished record and yet, surprisingly, as a full touchdown underdog. 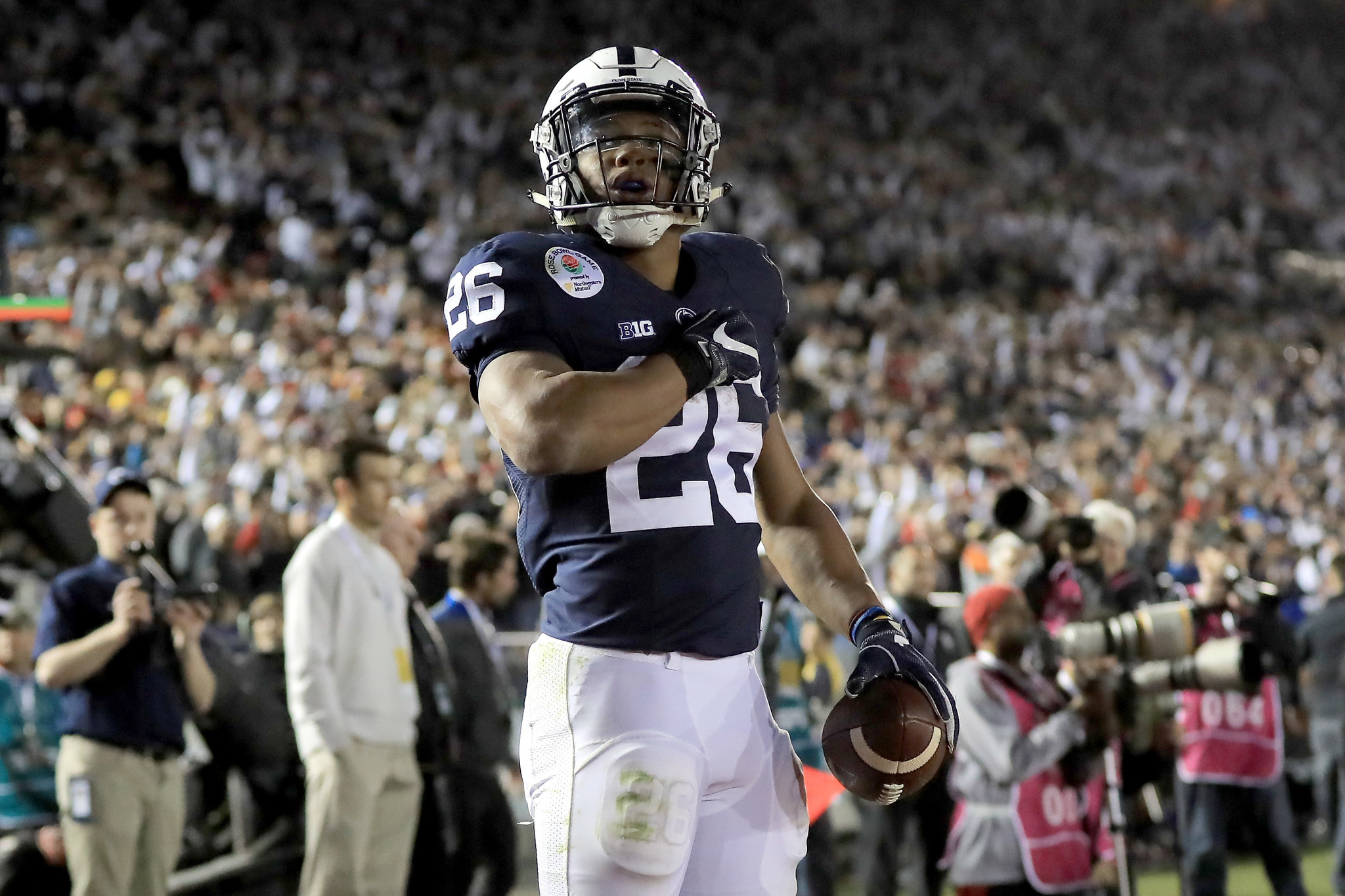 Penn State running back Saquon Barkley might be the best player on the field on Saturday, but his team is a seven-point underdog at Ohio State. (Image: mcall.com)

The Nittany Lions, led by Heisman Trophy-favorite running back Saquon Barkley, are 7-0 and ranked 2nd in the nation. Ohio State, 6-1, remains 6th in the latest AP poll following a week without any major upsets.

The Buckeyes have won five games in a row since an early September loss to Oklahoma. But the competition hasn’t been as stiff as it will be on Saturday night.

Penn State has run roughshod, quite literally with Barkley, through most of its first seven opponents. The only tough battle it has faced was against Iowa last month. The Nittany Lions defeated the Hawkeyes on the final play of the game, converting a 4th and goal as time expired.

Why Ohio State Is Favored

Penn State nearly lost to a somewhat mediocre Iowa team in a night road game in a tough environment. The Nittany Lions will face a similar challenge in Columbus, albeit against a more talented opponent, and is, perhaps, one of the reasons for the opening 7-point spread.

Another possible factor could be Penn State’s struggles against the Buckeyes in recent years. The Nittany Lions beat Ohio State last year, but are 1-4 against their conference rival straight up and against the spread the past five seasons.

The Buckeyes are 19-1 at home in conference play since Urban Meyer took over as head coach in 2012. But this team did lose at home earlier this season in a huge non-conference game to Oklahoma, so to say they’re unbeatable at “The Shoe” wouldn’t be accurate.

Ohio State failed miserably in its first true test of the season, losing 31-16 to the Sooners. The game was competitive for a half, but Oklahoma made mincemeat of the Buckeyes defense in the second half, racking up 490 yards of offense for the game.

It would be nearly impossible for a two-loss team to make the College Football Playoff so, for Ohio State, a loss on Saturday means its national championship dreams come to an end.

Penn State may be in the same boat due to its perceived “weak” schedule. The Nittany Lions have yet to face a Top 25 team and only have two ranked teams on the remaining schedule, including Ohio State. Strength of schedule is one of the major factors the College Football Playoff committee uses in selecting its four teams, meaning Penn State had better win every game.

Both teams are 4-0 in the conference, tied with Michigan State for the Big Ten East lead. It will be difficult for the loser of Saturday’s game to rebound and get to the Big Ten Championship Game.

Who will win the big game? The handicappers think Ohio State, at home, will be tough to beat. But you can’t just assume they’ll cover the spread until the Buckeyes defense, which is admittedly one of the best in the country, proves it can stop Barkley, a running back few teams the past few years have been able to contain.