The Pechanga coalition is determined to put the kibosh on California online poker, viewing it as a threat to the alliance’s land-based venues, much in the infamous Sheldon Adelson vein. To that end, the group commissioned a survey, and like many surveys, it was designed to elicit a particular response to support the group’s agenda. 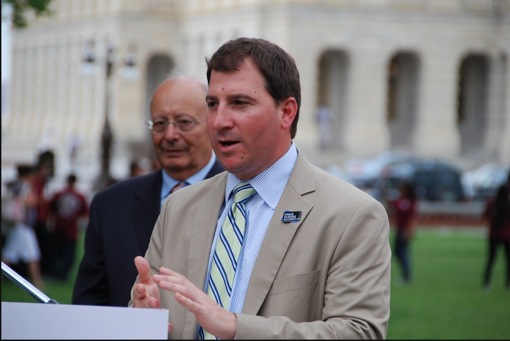 The results? Fifty-two percent of Californians are against regulating online poker, according to the survey commissioned by the Pechanga coalition.

The 52 percent represented the opinions of respondents before they had listened to any argument for or against regulation. After being told that online poker is illegal in the state, but that thousands of people play it regardless, and without any consumer protection, opinions remained largely unchanged, with 51 percent stating their opposition and 41 percent in favor of regulation.

In line with the Pechanga agenda, an overwhelming 74 percent of voters agreed with the statement that foreign websites that violated federal law by accepting US users should be disqualified from licensing in California.

The collation is a loose collective of tribal gaming operators, including the Pechanga Band of Luiseño Indians, the Agua Caliente Band of Cahuilla Indians, the Barona Band of Mission Indians and the Lytton Rancheria Band of Pomo Indians. All of these tribes oppose PokerStars’ participation in a future regulated market in California.

They remain in opposition to AB 2863, which would permit former “bad actors” (such as PokerStars) to enter the market, provided they did not offer gambling to Californians after December 31, 2011. It has also been proposed that former bad actors should be excluded from the market until 2021, unless they pay a fee of $20 million to the state, which the Pechanga coalition stills views as unsatisfactory.

The Pechanga group has been accused of obstructionism, but the coalition says it is merely protecting its members’ interests against operators who gained an unfair advantage. The coalition says that because operators who fall into this category were able to develop their brands and customer bases at a time when it would have been illegal for tribal operators to do so, they would be getting rewarded for illegal behavior.

“Voters are clearly skeptical about legalizing online poker,” said Pechanga Tribal Chairman Mark Macarro of this week’s poll. “Even more toxic are provisions that would grant a license to foreign websites that illegally took bets from Californians in violation of federal law.”

In an op-ed for the Modesto Bee this week, Poker Players Alliance Chairman John Pappas criticized the entrenched position of the Pechanga group and called for California’s online poker stakeholders to pass AB 2863 in order to protect players.

“What are iPoker obstructionists offering?” he demanded. “More years of keeping our heads stuck in the sand, more losses for players, and more years of leaving regulation up to complacent foreign governments.

“Surely even the obstructionists would agree that California regulators would do a better job. It’s time to do the right thing for California consumers and pass AB 2863.”

If we consider that in this case the Tribe are no different than any corporate entity, they are presenting arguments that are meant to benefit their economic interests, not the consumers.

Thus the Tribes become the greedy bastards they are trying to keep out. Talk about bad actors!

They would have us, the consumers, satisfy ourselves with some sub-par product because they never bothered to develop their own.