On Saturday May 21, Pechanga Poker Room in Temecula, California will be handing out a seat to the winner of a satellite tournament. And not just any tournament: the World Series of Poker (WSOP) Main Event. 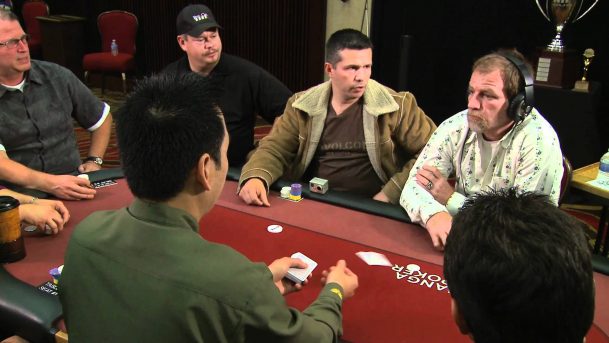 Pechanga Casino in Temecula, California will host a World Series of Poker Main Event satellite May 21. The winner will get a Main Event seat plus a grand in spending money. (Image: youtube.com)

Playing in the Main Event is a dream for millions of poker players around the world. But the $10,000 entry fee is out of reach for many, and satellites bridge that gap.

Pechanga is offering a reasonable $280 entrance fee for their contest. Players will start with 10,000 in chips. For another $10, an additional 3,000 chips will be granted. First place is worth an $11,000 WSOP prize package, which includes a coveted seat in the $10,000 Main Event in Las Vegas this July. The remaining $1,000 will be given in cash and can be used however the player wishes.

Located in Southern California, Pechanga Resort and Casino lies just east of Orange County and southeast of Los Angeles. The casino boasts one of the biggest and most popular poker rooms in the Golden State.

The Legend of the Satellite

Satellite tournaments take place at casinos, online and offline, around the world, of course. So if you’re unable to get to Pechanga, you still have multiple ways to earn your way in for much, much less than $10K.

In 2003, Chris Moneymaker earned his way into the Main Event for less than $40 after winning an online satellite. He parlayed that into $2.5 million, a gold bracelet, and legendary poker status.

Moneymaker was an average Joe prior to his big win. He was an accountant in Tennessee, but went on a heater and bluffed a few seasoned pros, changing the landscape of the poker industry. If not for winning a satellite, Chris might be an unknown face in poker today.

Satellite tournaments to WSOP events have been taking place since 1983. But there are many more offered nowadays. WSOP.com will be hosting numerous tournaments for those hoping to get into various World Series events on the cheap between now and July.

Perhaps the next Chris Moneymaker will enter one of those.

Although WSOP satellites will take place all over the world, nowhere will have more than Las Vegas. More specifically, the Rio All-Suites Hotel and Casino, the home of the World Series of Poker, will host a boatload of these gateway events.

From May 31 to July 10, the Rio will host daily single-table satellite tournaments with various buy-ins. There are no set times for these tournaments. They will take place every time 10 players have signed up.

Then beginning June 1 and running daily until July 7, the Rio will offer $185 buy-in mega satellites to $1,500 WSOP events. For every 10 entrants, one seat will be awarded.

The World Series of Poker is the busiest time of year for all Las Vegas poker rooms. Poker players don’t just come to town for the tournaments. Cash games at places such as Aria, Bellagio, and the Venetian, not to mention several downtown properties, will have lengthy wait lists during the WSOP, so plan accordingly.

oh my dream to play in wsop main one day..