A California online poker bill was expected to pass through the Assembly Appropriations Committee hearing in Sacramento on Wednesday for a date on the Assembly floor. But it didn’t quite work out that way when the obstructionist Pechanga coalition made its presence felt. 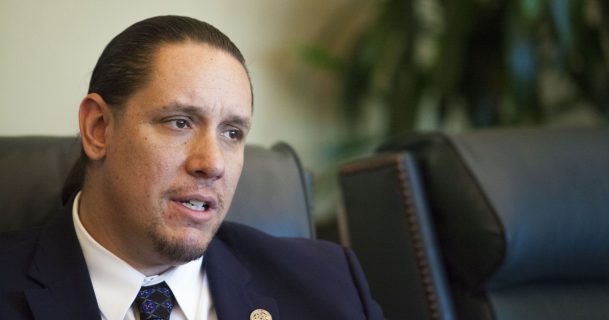 It had been hoped that new amendments to State Assemblyman Adam Gray’s bill would offer sufficient compromise to appease the coalition, which is opposed to PokerStars participating in the market.

The amendments introduced suitability language that defined “bad actors” as operators that offered gambling to Americans after December 31, 2011, rather than December 31, 2006, as had previously been the case.

The 2006 cut-off date relates to the passage of the Unlawful Internet Gambling Enforcement Act (UIGEA), which made it illegal for financial institutions to process online gambling payments for American customers. The revised 2011 date relates to the DOJ opinion that the Federal Wire Act prohibited online sports betting only, and not online poker, opening the door for states to legalize online play.

The new language would allow PokerStars to join a future regulated Golden State market, a fact that was never going to go down well with the Pechanga coalition. It had been hoped, however, that a prohibition on PokerStars using its previous customer list from the days when it operated in California might be an acceptable concession, but such was not the case.

Representing the six-strong Pechanga tribal coalition, Jeff Grubbe, the chairman of the Agua Caliente tribe, wasted no time in stating the coalition’s opposition to the bill.

“The issue of who is suitable to be licensed and the tainted assets that illegal gaming operators accrued through unlawful gaming for five or more years are the matters that drive us to strongly oppose this measure,” he said.

“Troubles follow this company,” Grubbe said of PokerStars. “So why are we willing to work so hard to [let] that one particular entity. . . enter the market?”

Grubbe also said that the revenue stream that will be offered to the state’s horseracing industry in return for their non-participation should be lowered, which was the first time that the coalition has publicly criticized the pay-off.

The deal with the racing industry had been seen as a major move forward in the push for online poker in California, as the Pechanga has also been bitterly opposed to having racetrack participation. Gray has previously said that the racing  cut is non-negotiable.

“I know this issue is complicated and new to this committee, but it’s relatively simple,” said the exasperated assemblyman.

Assemblywoman Lorena Gonzalez, the committee chair, proposed amendments to the bill that would freeze bad actors, PokerStars included, out of the market until 2021, unless they pay the state $20 million. She also recommended tweaking tax rates and fees in order to ensure that the state will receive revenues even if the industry falls short of the $60 million per year it has promised the horseracing industry.

Gray said that “final touches” would be added to the suitability clause and the financials, after which the committee would reconvene to vote on the bill, hopefully in a couple of weeks.

This is getting ridiculous. It’s basically just these bands trying to get themselves in the best possible position to get the biggest piece of the pie as soon as olp is regulated. Of course they don’t want PokerStars in: they would CRUSH them all. They’re even paying off the horse racing industry to keep them from competing. And our state government is letting it happen and pandering to them. To say this is frustrating to watch is a huge understatement.

This is not what actually happened.

The vote was postponed because newer amendments were added to the bill that ensure that state gets some revenue if the taxes raised from online poker failed to surpass the $60 million subsidy to the horse racing industry and to allow operators to offset 50% of the licensing fees against their tax liabilities. Stakeholders and committee members did not know about these amendments until the last minute and had no time to consider them.

New language has been proposed that would ban “bad actors” (including PokerStars) until 2021 unless they pay a $20 million fine. The Pechanga/Aqua Caliente coalition are opposed to this proposed amendment because they feel the fine is too small (which it is for an organization the size of PokerStars).

You can watch the video of what actually happened here – http://www.calchannel.com/video-on-demand/ (click on Assembly Appropriations Committee).

You might want to amend your article after watching it.

Thank you, we have amended the last two paragraphs to reflect this information.