PCA and WPT to Kick Off Exciting First Months of 2014 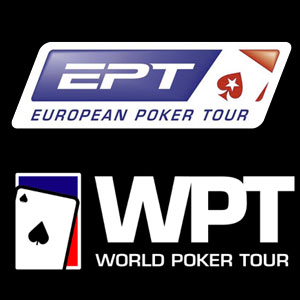 Live tournament poker will get underway in 2014 with the PokerStars Caribbean Adventure event and the conclusions of the current seasons of the European Poker Tour and World Poker Tour.

As 2013 comes to a close and tournaments and tours take a hiatus for the holiday season, many live tournament players are already looking ahead to 2014. Schedules need to be set, accommodations need to be solidified and bankrolls need time to recharge for the plethora of opportunities abound as the new year begins.

The PokerStars Caribbean Adventure event has become a staple in most players’ schedules, and in 2014 it celebrates its 10th anniversary at the Atlantis Resort in January. The massive resort in the Bahamas will host the PCA once again in coordination with the European Poker Tour. There are 39 live events on the schedule from January 5 to January 13.

The highlight of the series will be the famous $10,300 buy-in No Limit Hold’em Main Event. For the first time, the Main Event will feature a $10 million prize pool guarantee. Last year, there were 987 players and a $5.5 million prize pool. Now, the push is on to double that for the upcoming tournament, which will begin on January 7 with two starting days. The final table will be on January 13.

Another big event on the PCA schedule is the $100,000 buy-in NLHE tournament. The three-day event begins on January 5 and players will have the opportunity to reenter as many times as they choose. Other events on the busy schedule include Open Face Chinese with unlimited reentries, PLO, Razz/Stud Mix, HORSE and Big O, as well as a $1,100 Women’s Event and a $25,500 NLHE High Roller with single reentries allowed.

The European Poker Tour is moving towards the second half of Season 10 and, after the PCA, it will head to France for the EPT Deauville. Casino Barriere will host ten days of action from January 22 to February 1. In coordination with the France Poker Series, that Main Event will be a €1,100 affair starting January 22; however, the EPT Main Event will be a €5,300 buy-in tournament beginning on January 26. Nearly 50 tournaments are available for players who travel to the French coast.

From there, the tour heads to Vienna, Austria for the EPT action at Hofburg Palace from March 19-29. Sanremo, Italy is next on the itinerary, as the Casino Sanremo will host a series from April 10-20 on the Italian Riviera. And finally, the season will wrap with a massive festival at the Monte Carlo Bay Hotel & Resort for the EPT Grand Final. Those tournaments have not been announced yet, but they will run from April 23 to May 3 and feature a €10,600 NLHE Main Event, a High Roller and Super High Roller, as well as many other tournaments.

The World Poker Tour is in the midst of Season 12 and will begin the new year in January at the Borgata in Atlantic City, New Jersey. The WPT Borgata Winter Poker Open is a fan favorite and will offer a $3 million guarantee for its $3,500 single-reentry Main Event. Action starts on January 26 and runs through the final table on January 31.

From there, the WPT heads to the Seminole Casino in Coconut Creek, Florida from February 7-12 for the $3,500 NLHE Lucky Hearts Poker Open Main Event. They close out the month with a trip back to Niagara Falls in Canada, where the Fallsview Poker Classic will offer a CAD $5,000 NLHE Main Event capped at 600 players from February 22-24.

March will take the WPT to Los Angeles, California for the famous L.A. Poker Classic at the Commerce Casino. The $10K NLHE Main Event details have not yet been released, but the dates are firm from March 1-6. The fan-favorite WPT Bay 101 Shooting Star event is then set for San Jose up the California Coast from March 10-14. There, the $7,500 Main Event will offer a single reentry and two starting days for the tournament that posts a bounty on each official pro player in the field.

The Gioco Digitale WPT Venice Carnival will host a different set of players in Venice, Italy at the Casino di Venezia ca Vendramin Calergi. A €3K buy-in and reentries await those who travel to the historic northeastern region of Italy. Back in the United States, the tour remains in California and travels to the city of Lincoln for the new WPT Thunder Valley stop from March 15-19. There will be a $3,500 buy-in with a single reentry allowed at the Thunder Valley Casino. Travelling to the opposite end of the United States, the tour heads to Florida for the Jacksonville bestbet Open where the $3,500 Main Event is scheduled for March 21-25.

April kicks off with the WPT Seminole Hard Rock Showdown at the Seminole Hard Rock Hotel and Casino in Hollywood, Florida. Three starting days will give players plenty of time to get in on the $3,500 Main Event with a $5 million guarantee from April 10-17.

For the final part of the announced 2014 dates, the WPT World Championship heads to its new home at the Borgata in Atlantic City. The company’s partnership with PartyPoker looks to make this season’s finale one of the biggest in recent history. The buy-in has been lowered from the usual $25K down to $15,400. Players will have two starting days on April 22 and 23, with the final table scheduled for April 26.

Love watching the pokerz on TV, especially the EPT. I find the commentary much more, how do I say, ‘thinking player’ esque vs the WPT and WSOP which is more surface level. That doesn’t mean I don’t watch all three tho.