After Day Three at the PCA Main Event, only 20 players remain, many of whom have big stacks, and it’s a tight race atop the leader board. 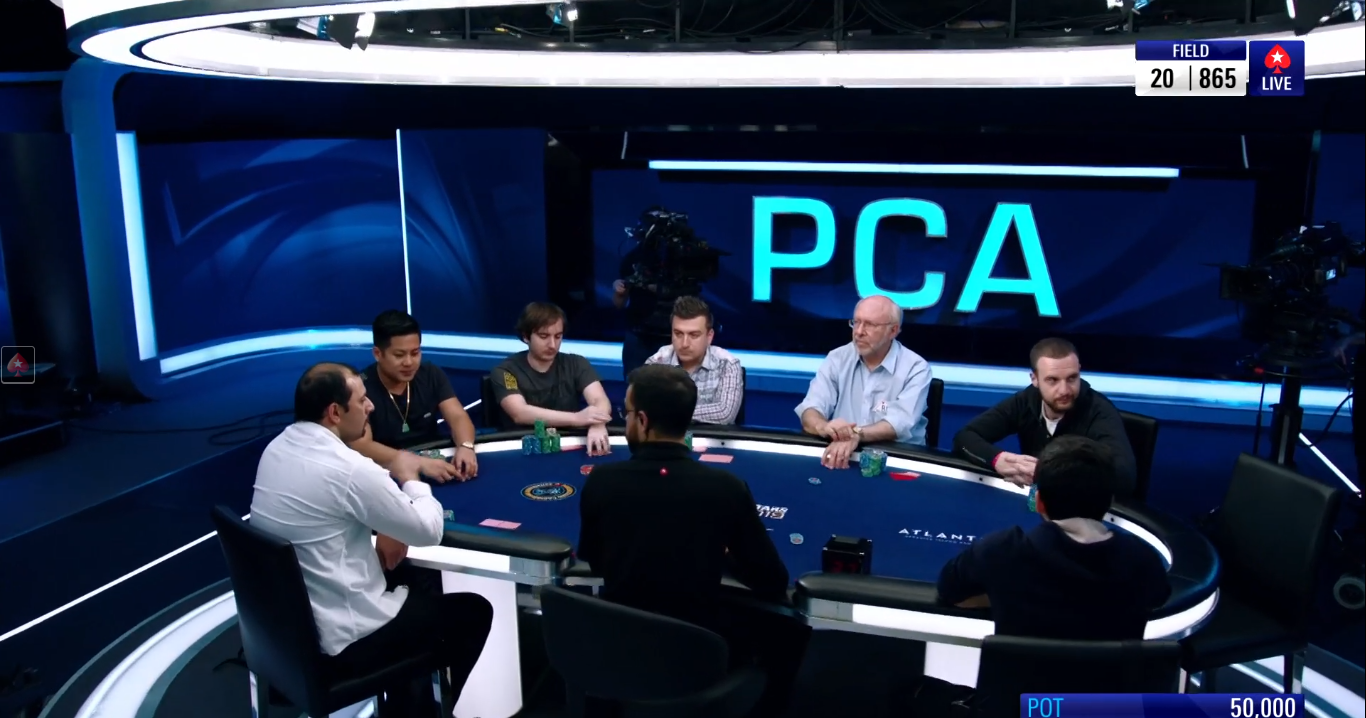 Tommy Nguyen, a Canadian, bagged the biggest stack Tuesday night. But his lead over three other players is minuscule. When play resumes at 12:30 pm ET on Wednesday, four players will start with more than 100 big blinds. And most of the field will play with a deep stack.

More often than not, the most skilled player(s) benefit from deep stack poker. Because the luck factor is minimized when stacks are deep, the best players have an advantage. But that doesn’t mean amateurs don’t have any chance of winning. Anything can happen in tournament poker.

Nguyen leads the way with 2,705,000 chips but Jeffrey Hakim is right on his heels with 2,640,000. WPT champions Danielz Strelitz and Chino Rheem, along with high-stakes pros Matt Berkey and Christoph Vogelsang, aren’t far behind.

Each of the pros above have experience playing for millions of dollars. The champion in this $10,300 buy-in event will receive over $1.5 million.

Vogelsang is the top money earner left in the field. He is one of the top young Germans with $19.4 million in lifetime earnings. That’s good for second all-time in Germany behind Fedor Holz ($32,5 million).

Strelitz has found success in both WSOP and WPT events. His $1 million score in the 2017 WPT L.A. Poker Classic was the biggest of his career. Although he’s never won a World Series of Poker bracelet, he has 37 cashes and over $1.2 million in earning in the summer series.

Rheem is one of the top WPT performers in history. His three titles is tied for second behind Darren Elias (four). And his $4 million in cashes ranks sixth in tour history.

Nguyen is also no stranger to seven-figure paydays. Last summer, he shipped the $1,500 WSOP Monster Stack for $1,037,000, his only bracelet. He’ll have his work cut out for him on Tuesday trying to hold onto that chip lead.

The PCA Main Event paid out the top 127 finishers. So, we’re well into the money. But as the day progresses on Tuesday, the pay jumps are going to become a factor.