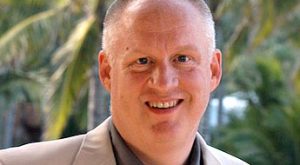 That means that when the first half of the field has busted, the rest are guaranteed an equal share of half the prize money (which equates to the buy-in fee, minus the reg fee), and then play for the remaining 50 percent of the prize pool, which is paid to the final eight percent. While the very top pros might eschew the format, it’s something that’s hugely attractive to the average player, and an effective means of reducing, to a degree, the vicious variance of tournament poker. It is also good for the industry as a whole, Jones argues.

“Suppose first prize at the PCA was going to be $1.5 million. But suppose that instead of paying that guy/gal $1.5 million, we paid him or her $1.2 million and paid out 15 more people at the very bottom of the cash ladder $20k each? I claim that that move would be plus-EV for the overall game and industry. Yes, in some senses, we’d be costing our winner $300k, which is serious money. But let’s be real; $1.2 million is massive life-changing money, no matter what. Our winner is going to have an exceedingly good day. But we’ve just made 15 more people have a very good day too,” Jones noted.

He also points to the prevalence of deal-making at final tables as evidence that players are not simply chasing top prizes and want to offset variance.

“If everybody really wanted that almost unimaginably large first prize, then deals wouldn’t happen,” he writes. “No matter whether it’s nervous amateurs afraid of playing for huge sums, or seasoned pros trying to reduce the variance, there seems to be a universal appetite for deal-making.”

He also points out that the cagey play around the tournament bubble indicates that min-cashing is important to people; so much so that ICM-optimal decision-making goes out of the window; instead, they will cling on with tiny stacks, trying to edge into the money.

“Whatever people’s plans and dreams are at the beginning of a tournament, for most folks, there comes a point where locking up some money right now is preferable to the possibility of more money later,” Jones said.

PokerStars isn’t trying to revolutionize tournament poker with the introduction of Double Bubbles, he concludes, but merely offer a “light-hearted entertainment-centric event,” something he believes is plus-EV for the players and poker industry alike. Whether they become a regular part of the EPT schedule depends on players voting with their feet in the Bahamas.