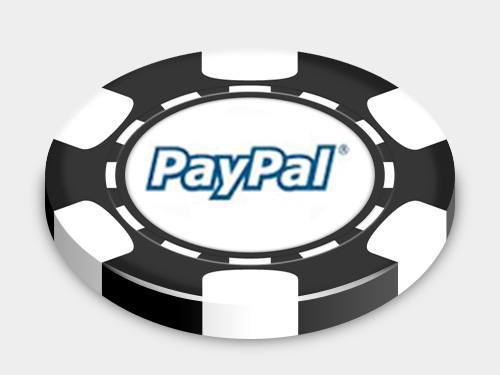 PayPal is back: WSOP.com customers can now use Paypal for online poker transactions in Nevada for the first time since 2003. (Image: gamblingaffiliatesguide)

PayPal has entered the Nevada online gaming market again, and it’s done so with a whisper, not a bang.

Just this week becoming a deposit and withdrawal option again via WSOP.com (the only currently legal online poker site in the Silver State), PayPal will no doubt be welcomed with open arms by players who have long mourned the ease and security of an eWallet function for their online financial transactions on the site.

It will be the first time US online gamblers have been able to use the payment service giant since 2003.

The move, which was executed without so much as a press release, has prompted speculation that WSOP.com operator Caesars Interactive Entertainment may soon roll out PayPal on its sites in New Jersey as well, which include WSOP.com, CaesarsCasino.com and HarrahsCasino.com. There is speculation that other operators will follow its lead shortly.

Credit card acceptance rates have been one of the biggest stumbling blocks to the growth of online poker and casino gaming in the newly regulated states, with many bank card companies automatically refusing to process transactions, afraid of getting caught between legal states and federal grey areas not clarified since the Black Friday crackdown of 2011.

The introduction of PayPal, one of the world’s biggest online financial intermediaries, could be a game-changer in payment processing for the regulated US markets. As well as its partnerships with most major US banks and credit card issuers, the company maintains more than 50 million active, registered user accounts in the US alone.

In 2006, UIGEA prohibited all US financial institutions from processing online gambling transactions, and despite the legalization and regulation of online poker in three states, the banks have been late on the uptake; many simply see anything gaming-related too high risk and flat-out deny these interchanges.

While some improvements have been made, recent statistics suggest that just 73 percent of Visa and 44 percent of MasterCard transactions on New Jersey’s online gambling sites actually go through.

Meanwhile, the introduction of new MMC codes in New Jersey, which are designed to notify banks that a particular transaction relates to regulated New Jersey gambling, have failed to have the hoped-for effect. The market remains comparatively small, which offers little incentive for the banks to reconfigure their systems in order to accommodate it.

PayPal was in discussions with the Nevada Gaming Commission over a possible entry into the market last summer, although the Control Board said at that time it had not yet applied for a license. Likewise, some sources reported that PayPal was engaged in similar discussion in New Jersey at approximately the same time.

The company was, once upon a time, the largest processor of online gambling transactions in the world, before it voluntarily withdrew itself from all markets in 2003, due to the grey legal nature of the sector.

In 2010, it resumed accepting gambling transactions, but only for licensed operators in jurisdictions where online gambling was fully legal and regulated, which in the US is currently only Nevada, New Jersey, and Delaware.

Welcome PayPal to the limited world of Nevada WSOP users. If not for the 3-4 day wait when trying to deposit to my PayPal account, I might even think this was an improvement to your business model.
Why the wait? It’s an ACH transfer.
Looking forward to reading about all the legal hassles that your decision to “approve all requests for reversal of payments based on whomever initiated the transfer” will generate. Your lawyers will certainly be kept busy.

lets hope we continue to have a secure mode for deposits and cashouts as more states legalize online poker .