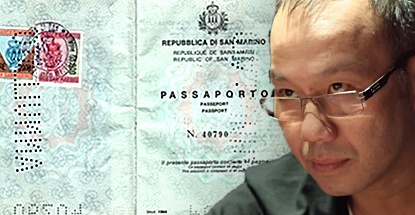 Paul Phua’s case has now been dismissed by a Las Vegas judge, and he is free to return home. (Image: calvinayre.com)

BREAKING UPDATE June 1, 2015: US District Judge Andrew Gordon has dismissed the case against Paul Phua after prosecutors conceded today they don’t have enough evidence against him to proceed.

Vindicated, Phua is planning on leaving the country as soon as possible, his lawyers said. His $2 million bail and $48 million jet will be returned to him.

Paul Phua, the wealthy Malaysian junket operator and high-stakes poker player accused by US federal authorities of masterminding a multi-million-dollar sports betting ring in Vegas last summer, may be on his way home.

Phua’s defense team is seeking the lifting of all travel restrictions imposed on its client, as well as the release of all collateral currently being held by authorities; this includes Phua’s $40 million private jet.

It’s understood that Phua, who is currently barred from leaving Clark County, Nevada, and is electronically tagged, is desperate to get back to Malaysia to visit his mother, who is suffering from pancreatic cancer.

The defense argues that “as matters stand, the Government has no basis to detain Defendant, because in addition to the presumption of innocence, there is, so far as can be determined, no evidence with which to prosecute him.”

Last week the judge gutted the case for the prosecution when he threw out the remaining evidence against Phua because it had, in his view, been gathered in a way that violated Phua’s Fourth Amendment rights.

The FBI instructed staff at Caesars Palace to shut off the wireless access to the three luxury villas that had been rented by Phua and his associates at the height of the World Cup last summer.

FBI agents then posed as repair technicians in order to gain access to the villas and collect evidence.

One of the villas, not Phua’s, was allegedly being used as a high-tech boiler room to process international soccer bets.

Six members of the group pleaded guilty earlier this year and received fines and probation.

Trial Could be Delayed

The judge had several weeks ago already tossed evidence obtained from Phua’s own villa during the illegal search, but last week ruled that evidence from the other two villas should also be deemed admissible.

The prosecution was given until last Friday (29 May) to decide whether it would press ahead with the case; however, it has instead asked for time while it considers whether to appeal the judge’s ruling.

The defense believes that prosecutors, now with very little recourse, may seek a continuance in the case, which could delay the trial date until the end of next year.

Furthermore, Phua’s lawyers have criticized the prosecution as “disingenuous” for arguing that travel restrictions should not be lifted because Phua’s US visa has expired which means he may not be allowed back into the US to stand trial.

“Mr Phua is not looking to flee; he seeks to prove his innocence and to restore his reputation,” said the defense filing. “Indeed, Mr Phua has litigated this case even though refusing to plead has separated him from his life and his family for an extended period of time.”