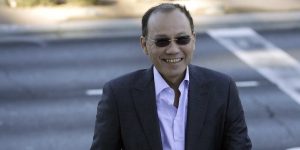 Paul Phua is officially a free man after beating yet another round of illegal betting charges in a Macau court. (Image: Business Insider)

Macau’s Court of First Instance found Phua and 14 others not guilty of running an illegal World Cup sports betting operation out of the Wynn Macau between June 7 and June 19 of 2014.

None of the defendants appeared at the trial, which started in early February and lasted only two days.

Phua was one of 24 people arrested when authorities, acting on a tip, raided several of the hotel rooms, charging the group with handling some $147.7 million in wagers on the 2014 World Cup.

But according to the court, it wasn’t enough to make the charges stick.

Judge Lei Wai Seng ultimately ruled that prosecutors had failed to sufficiently connect all of that that evidence to Phua and his co-defendants.

Seng noted that while the computers and slips contained betting information, they didn’t have any names on them, only numbers.

“If a team won a match, how would the group attribute the earnings without a name?” asked Seng, according to Macau Business. “The court can’t make any connection … There is a lack of connecting elements.”

Prosecutors now have 20 days to appeal the ruling, but one of the defense lawyers in the case doesn’t sound overly concerned.

“As I said in my final statements, it was all a big load of nothing, and our clients will obviously be satisfied with the acquittal,” lawyer Icilia Berenguel told Macau Business.

It’s the second time that Phua, who’s remained a visible public figure throughout his legal issues, has been able to beat betting charges laid against him.

Following his arrest and subsequent release in Macau, he flew to Las Vegas, where he was accused of setting up a similar betting operation at Ceasars Palace.

Several luxury suites were raided by the FBI in July of 2014, arresting eight people, including Phua, and charging them with running an illegal sports betting operation which allegedly took in $400M in World Cup bets.

He pleaded not guilty to those charges, and the case was eventually thrown out. The federal judge found that the FBI had violated Phua’s privacy rights when agents disguised themselves as repair technicians to gain access to the suites.

Phua has also been accused of being a member of the 14K Triad, a massive organized crime group, charges he has vehemently denied.

Paul Phua is one of the kind for real 🙂
I believe he’s innocent , all these inquiries just a witch hunting for high stakes poker players .

Big money- big problems. Not often, but often it is not easy to manage big currencies, especially if you have so much as Paul lol. But it is not something new to hear “illegal” about betting, alot of it into cybersport “322” stuff lol