Paul Phua Case Could be Tossed: Prosecution to Decide Friday on Whether to Drop Charges 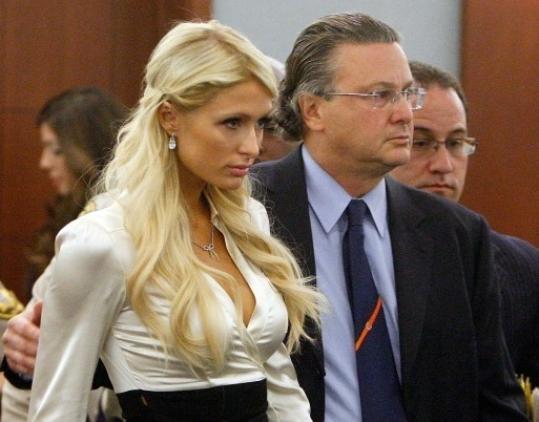 Attorney David Chesnoff, center, is well-known as the celebrity criminal defense attorney to the stars, seen here with Paris Hilton in court. His defense of client Paul Phua could end up in the case being dismissed altogether. (Image: Isaac Brekken/Getty)

Paul Phua may or may not know that crime doesn’t pay, but his defense attorney David Chesnoff has done everything possible to make sure that his client never has to find out.

Due to Chesnoff’s legal team’s brilliant maneuvering, businessman and high stakes poker player Phua may not have to face trial at all, with a decision expected to be handed down on Friday from the prosecutor’s office by noon, with just weeks before said trial is set begin.

The latest piece of the puzzle involves additional evidence that US District Judge Andrew Gordon ruled on Tuesday was inadmissible.

Prosecutors now have until just noon on Friday to determine if they wish to drop all conspiracy and illegal gambling charges against the Malaysian multimillionaire, or if they wish to either petition Gordon to potentially change his ruling or alternatively apply to the US 9th Circuit Court of Appeals, which is based in San Francisco, to overrule the judge’s determination so the case can proceed as planned.

The trial has been set to move forward as of June 15, depending on Friday’s ultimate outcome.

Where It All Began

Paul Phua was arrested back in July 2014, along with eight other men, for allegedly running an illegal sports betting operation from inside Caesars Palace luxury villas in Las Vegas. At the time, the World Cup was in full swing and it’s believed the alleged operation was accepting bets on the global event.

As details of the FBI’s tactics came to light over the last few months, the case against Phua started to look increasingly fragile. The Chesnoff legal team argued that the raids were illegal and constituted a breach of their client’s privacy, based on his Fourth Amendment rights.

In fact, despite other members of the group pleading guilty to lesser charges, Phua maintained his position and vowed to fight against the claims that he was involved in any illegal gambling activity whatsoever.

Fast-forward a few months to a hearing in April, when Judge Gordon agreed with Phua’s attorneys and ruled that the FBI had indeed violated the poker player’s privacy with their tactics in gaining access to his villa. Judge Gordon was prepared to dismiss any evidence obtained during the raids and make a decision based on anything else the FBI had.

The second part of this decision formed the basis of this week’s hearing as Chesnoff and his legal team, Thomas Goldstein and Richard Schonfeld, argued on behalf of Phua that without evidence from the raid, the FBI had nothing to back up its allegations.

As a counter, US Attorney Cristina Silva and Assistant US Attorney Phillip Smith Jr. argued that the government was prepared to try for warrants against Phua in any event, even without the now-tainted method of entry to get into the villas.

However, without solid evidence to back up this claim, Judge Gordon wasn’t able to accept the argument and told the FBI’s attorneys that they had played “fast-and-loose with the facts” and committed a number of major “constitutional violations.”

This comment, combined with his April decision, left Judge Gordon with no choice but to throw out the evidence obtained by the FBI during the raids on Phua’s hotel villas. Following this decision and with the FBI’s case now on the brink of a collapse, it’s unclear whether or not the government will pursue the illegal gambling charges (plus additional charges of conspiracy to gamble illegally).

At present, Phua is still se to stand trial on June 15. However, if the FBI isn’t able to have Judge Gordon’s decision reversed, then it may be forced to drop the charges.

Commenting on the decision by Judge Gordon, Chesnoff stated that illegal practices by any organization in Nevada are not acceptable.

“This squarely sends the message that illegal searches will not be tolerated in the district of Nevada,” said Chesnoff.

To understand why Judge Gordon has thrown out the evidence against Phua, it’s important to look at how the raids took place. According to reports, FBI agents forcibly tampered with the computers in Phua’s villas and then used this disturbance as a way of gaining entry to the rooms.

Posing as computer technicians, they then surveyed the rooms and gathered evidence before making a series of arrests.

This act alone was enough to breach Phua’s Fourth Amendment rights to privacy. However, when coupled with the alleged misrepresentation of facts by the FBI in order to obtain a warrant, it created a situation where Phua’s attorneys were able to argue that the government had acted wholly unacceptably and that any evidence obtained should, therefore, be dismissed.