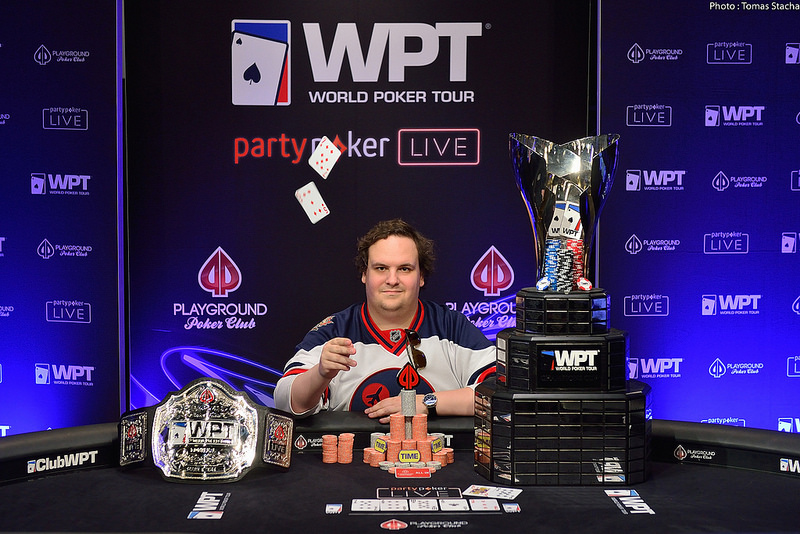 Patrick Serda shipped the WPT Montreal for more than $650,000, his second biggest win ever. (Image: wpt.com)

Serda, a Canadian who has tasted success at the poker table before, won his first WPT title. But it wasn’t his biggest win. In a 2016 WPT Prague High Roller, he finished second for $750,216, nearly $983,000 in Canadian dollars.

He now has just over $1.7 million in lifetime earnings, covering all poker tournaments, good for 57th place in the history of his home country. He has a ways to go to catch Daniel Negreanu ($39 million), however. Maybe someday.

Canadians Know How to Play Poker

Speaking of the Great White North, it was an almost all Canadian final table. Only fifth place finisher Upeshka De Silva ($175,956), an American, hails from elsewhere. That includes Sorel Mizzi, who finished in third place ($313,320), the fifth all-time winningest tournament pro in the country.

There are seven Canadians with over $10 million in lifetime earnings. Not bad for a country with a population of just 37 million. California, the largest US state with 39 million residents, has six players over the eight-figure mark, led by Brian Rast at $21 million.

If making the final table of a 792-player tournament wasn’t difficult enough, Patrick Serda had another tough obstacle on Sunday. That final table of six was stacked with WPT veterans that included four other talented Canadians and a skilled American (De Silva).

Serda’s performance was top-notch. Not only did he beat some skilled players like high-stakes pro Sorel Mizzi. He also pulled an even more difficult task along the way: holding the chip lead for three straight days.

The eventual champion finished Day Three and Day Four with the chip lead. And then he had all the chips in play in front of him at the end of Day Five. That doesn’t happen often. There’s a reason why most pros don’t get too excited when they bag a chip lead early on in a long tournament.