Pat Lyons Takes Down WPT Legends of Poker 2016 in L.A.

Day Five of the 2016 WPT Legends of Poker tournament at the Bicycle Club in Los Angeles concluded with the World Poker Tour introducing a new champion in Pat Lyons. The California native crushed the final table en route to a $615,346 payday. 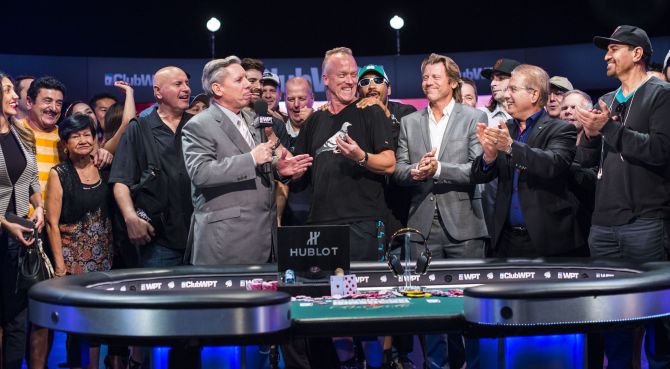 Lyons is having the poker month of his life. Less than three weeks ago, he polished off the competition in the $1,100 Arizona State Poker Championship for $241,700.

If you’re tournament wunderkind Fedor Holz, that’s nothing more than an “off” month. But for the rest of us, that’s life-changing money. Lyons had barely made $300,000 in lifetime live tournament winnings prior to August 12. Now he’s nearing $1.2 million. Not a bad month. Not bad at all.

The WPT Legends of Poker began on Sunday with 687 entrants. By the end of Wednesday’s action, the tournament was down to the final six. On Thursday, Fox Sports began filming. It will air at a later date.

Lyons defeated Ben Zamani heads-up. Zamani went home with $341,412, which certainly isn’t a drop in the bucket. But he just can’t seem to ever get over the hump to win a WPT event.

Zamani is one of the most accomplished WPT performers to have never entered the Champions Club. He now has a pair of runner-up finishes since late July. The Florida native lost heads-up to James Mackey less than a month ago at WPT Choctaw. Overall, he has more than $3.6 million in live tournament winnings, with his best score coming in the 2010 EPT PCA Main Event for $1 million, a 4th place finish.

The Floridian has also had some success in WSOP events over the last couple of years. This past summer, he cashed in eight tournaments, but won his first and only bracelet in 2015.

Lyons is certainly no spring chicken, but the oldest man at the table on Thursday was 77-year old William Vo. And he entered the day with a commanding chip lead.

With the biggest name pros such as Olivier Busquet and Phil Laak, along with defending champ Mike Shariati, eliminated prior to Day Five, Vo was the hot topic of discussion, due to his age. Many poker fans, especially the old school players, were rooting for him to win his first WPT title. But it wasn’t meant to be. He settled for 5th place and $113,105, and the props of his fellow poker players at the Bicycle Club.