Tony G turns 45 on Sunday and to honor the poker pro’s birthday, Partypoker is hosting an €1,100 buy-in, €200,000 guaranteed pot-limit Omaha tournament at King’s Casino in the Czech Republic December 15-16. 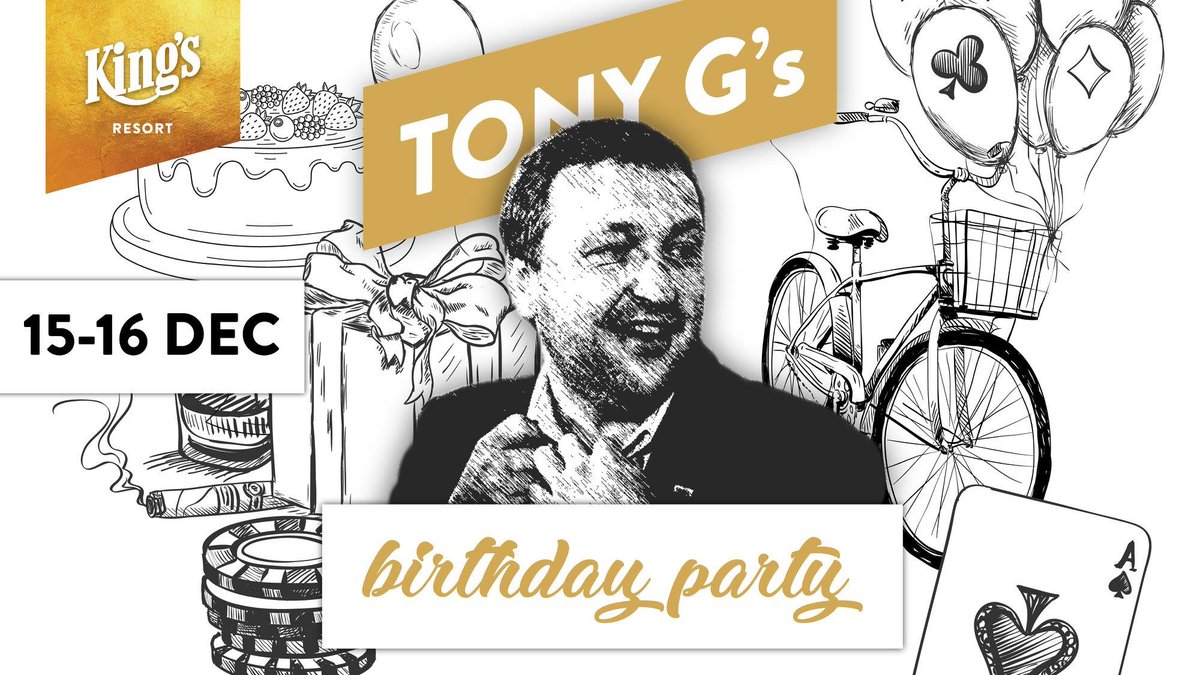 Partypoker will honor Tony G for his 45th birthday with a PLO tournament at King’s Casino. (Image: Twitter)

Poker players will have an opportunity to compete against the speech play expert. And to also wish the poker boom bad boy a happy birthday. Or, just take his money.

Can You Outlast Tony G?

Tony G was a regular on televised poker events during the poker boom era. He is most known for his speech play that some would consider borders on abusive. The Lithuanian pro often battled with players such as Phil Hellmuth and Mike Matusow for camera time. Others at the table had a difficult time getting a word in.

He isn’t always the most gracious in victory. In one televised event, he taunted Russian player Ralph Perry after busting him. Tony criticized his opponent’s play and told him to get “on your bike,” his way of telling Perry to leave and “go back to Russia.”

While some poker fans don’t enjoy the speech play, others find it amusing. He’s the type of poker player you either love, hate, or love to hate. But he rarely disappoints from an entertainment perspective.

Fans of the often combative poker pro can take a shot at sending the Lithuanian on his bike at King’s Casino starting on Saturday. The €1,100 buy-in PLO tournament, sponsored by Partypoker, has a €200,000 guarantee. Players can pre-register online for the two-day event at PokerRoomKings.com.

Same Person Away from Poker Table

Those unaware of Tony the poker player know him as Antanas Guoga, his real name. Guoga is a politician from Lithuania who is a member of the European Parliament. And if you’ve ever listened to him talk politics, you’ve probably noticed his demeanor is similar to when he plays poker.

Guoga is banned from Russia for, as he says, “trolling” President Vladimir Putin, which probably comes as no surprise to anyone in the poker community.

In a recent interview on CNN, Mr. G continued his anti-Russia crusade, calling for Amazon CEO Jeff Bezos to ban all Soviet-themed products. He claims Lithuanians find the sale of Soviet merchandise offensive.

The outspoken Guoga will step away from politics for a couple of days to celebrate his 45th birthday and play some cards in the Czech Republic.